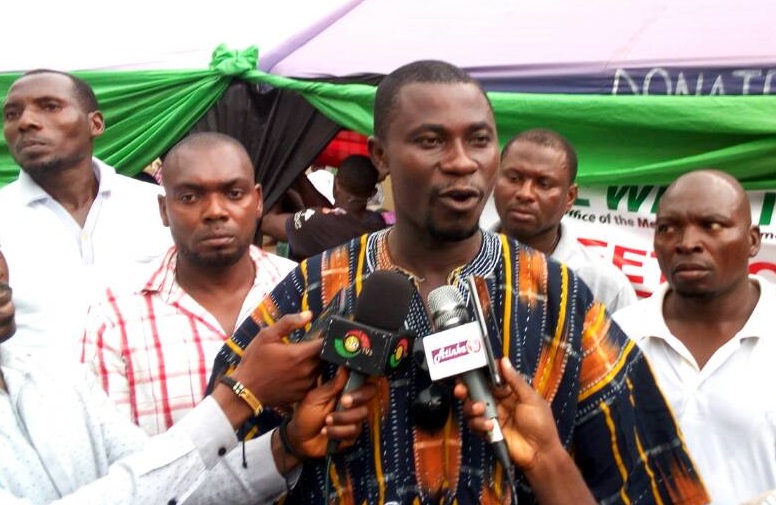 The National Democratic Congress (NDC) Member of Parliament (MP) for Ashaiman, Ernest Henry Norgbey, has withdrawn a suit he filed against the Electoral Commission (EC) of Ghana which was seeking to injunct the election management body over a decision it took not to release procurement information under the Right to Information Act.

The EC had taken a stance not to release the said information because Parliament was yet to legislate the appropriate fees chargeable on all who wish to obtain information from State institutions under the Right to Information Act.

Mr. Norgbey had requested the information from the election management body regarding the procurement process it went through before awarding a contract to Thales Gelmatos to supply a quantity of BVDs and BVRs for the purposes of electoral registration and elections.

But the EC did not grant his request with reason that the action was not warranted since Parliament was yet to fix the fees to be paid for the release of information under the Right to Information Act.

Norgbey then filed an application for Interim Injunction for the information required under the main action but the EC strongly objected to the application on grounds that a determination on the matter by way of injunction determines the main action and renders it irrelevant.

The NDC MP who was still not happy about the turn of events again filed an application for interrogatories seeking for the same documents and answers to questions in the main action.

The Electoral Commission again filed an affidavit opposing same on grounds that its determination renders the main action insignificant.

At a court sitting on Tuesday, June 2, 2020, the presiding Judge, Justice Gifty Adjei Adoo, raised the issue of the two applications determining the main action, stressing that she was minded to hear the main action rather than the interrogatories and the injunction application as she agreed with the issues raised in the EC’s affidavits in opposition.

Norgbey’s Lawyer, Dr. Abdul Bassit Bamba, humbly withdrew the interrogatories and the injunction applications with same being struck out as having been withdrawn by the Court.

The Court subsequently ordered both parties to file their written submissions regarding their respective positions in the main action within 10 days.