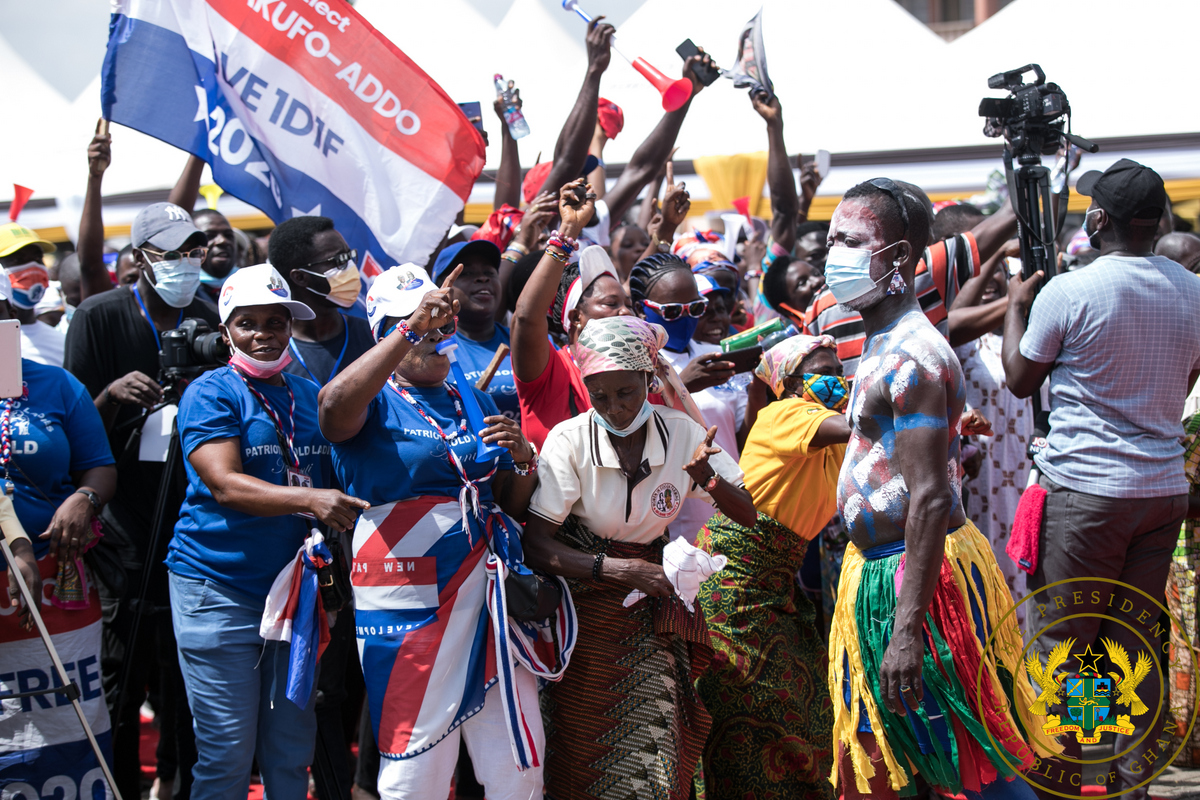 A strong call has gone to the entire executive body of the New Patriotic Party (NPP) in the Navrongo Central Constituency to resign their positions immediately.

The demand, which comes three days after Ghana went to the polls, is linked to what NPP supporters in the constituency have described as the worst humiliation the party has suffered at elections in the prominent constituency since the country gained independence from colonial control in 1957.

The NPP supporters, who go by the name “Kofi Adda Grassroots for Peace and Development (KAG-PED)” and are furious over the party’s defeat at the parliamentary election in the constituency, made the call at a news conference convened Thursday.

“We are calling for the immediate resignation of the entire Navrongo Central Constituency NPP executive and the Municipal Chief Executive for their inability to keep the party united in the constituency, thus the humiliating performance of the party in the just-ended general elections. It is shameful to note that NPP lost in the polling stations where the MCE, the Chairman, the First Vice-Chairman and even the parliamentary candidate herself, Hon. Tangoba Abayage, hail from.

“This defeat is so abysmal. You can imagine the NDC (National Democratic Congress) defeating the NPP with 12,000 votes difference. It is a disgrace. It is something that has never occurred in the annals of politics in Navrongo. How can you be holding a title and you get so defeated that you cannot recover immediately?” KAG-PED’s Spokesperson, Martin Agyua, said at the conference.

The Member of Parliament (MP) for Navrongo Central, Joseph Kofi Adda, was subjected to “unfair ridicule” after he lost his re-election bid to the Upper East Regional Minister, Tangoba Abayage, at the NPP’s primary election in June, 2020.

He resolved to go solo after the loss. But some superior powers restrained him, according to his supporters who told newsmen at the press confab that they were disappointed the Aviation Minister did not go independent as he had decided.

“The entire executive, what we know is that they had an ill-conceived mind and what they did dwindled the efforts all of us made with respect to the NPP’s interest. And so they should go. They should go and allow us to reorganise the party. If Hon. Kofi Adda decides to come in 2024, that is the prayer of everybody in Navrongo. The last time, after the primaries, he said the whole of Navrongo would go independent.

“If they had allowed it to happen, the seat would have been retained. The seat would have been brought back to NPP. But it didn’t happen because Kofi Adda is a listening man. He disappointed us. Kofi Adda himself disappointed us because some of us were calling for him to go independent because we love the party, we didn’t want to lose the seat and we told him that if he won, we would send the seat back to NPP and we would remain NPP. But he listened to his bosses and that is why he honourably rescinded the decision; he didn’t go independent. And here we are, the executive led us to a very disgraceful defeat. We don’t want it to happen again. So, we are calling that they should step aside. That’s an honourable thing to do,” said Gilbert Baase, a member of the group.