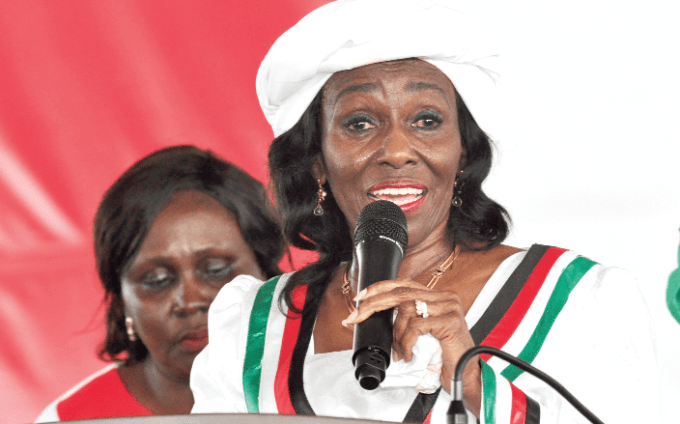 The Presidential Candidate of the National Democratic Party, (NDP), Nana Konadu Agyeman-Rawlings has denied reports that she’s no more contesting in the upcoming December 7 Presidential and Parliamentary Elections.

This portal quoting sources had earlier reported that the founder and leader of the NDP has bowed out of the Presidential race.

However, the General Secretary of the National Democratic Party, (NDP), Alhaji Mohammed Frimpong, in a press conference on Monday stated that Nana Konadu has no such plans to stay out of the elections.

He added that the widow of the late former President Flt. Lt. Jerry John Rawlings is poised to win the Presidential elections.

Ghanaians will go to the polls on December 7 to elect a President and 275 Parliamentarians to govern the country for the next four years.