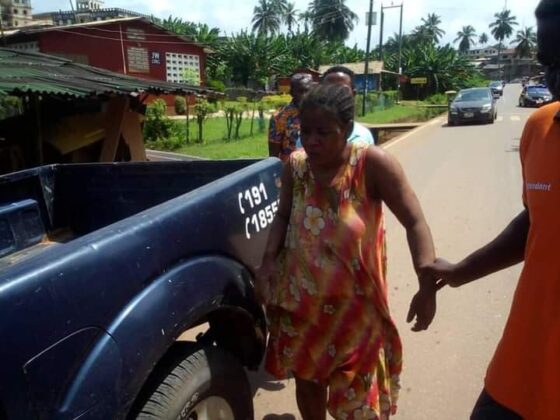 The Ghana Police Service says its preliminary investigations into the ‘missing’ Takoradi pregnant woman’s case indicate that Josephine Panyin Mensah was never pregnant within the period under review.

This follows thorough medical examination by medical doctors at the Axim Government Hospital.

According to the police, their stance on the matter is based heavily on reports from the medical experts who have examined Josephine Panyin Mensah.

The police say the victim, who is now a suspect, during interrogation, mentioned the European Hospital in Takoradi as the hospital for her antenatal reviews and assessment.

However, medical records at the facility suggest that she visited the hospital without pregnancy somewhere in October last year.

The Police in a statement signed by Director-General, Public Affairs, ACP Kwesi Ofori said investigations also suggest the suspect may have conspired with other persons over her possible planned disappearance.

“Three people have been arrested for further questioning on possible conspiracy charges. Police will like to inform the public that adequate measures are in place to ensure she is safe as investigations continue,” it added.