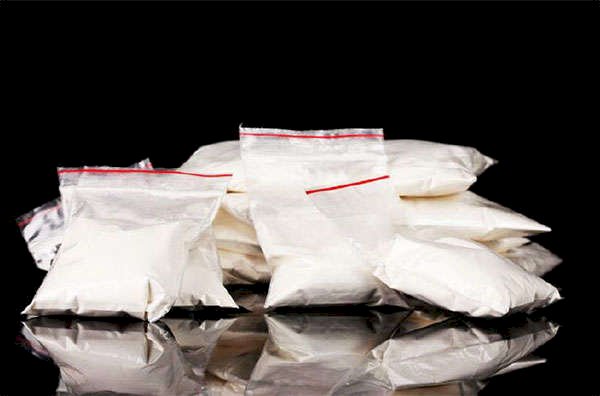 An alleged missing cocaine from the custody of the Ghana Revenue Authority (GRA) has caught the attention of the Minority Caucus in Parliament, with the group who are members of the opposition National Democratic Congress (NDC) demanding for an inquiry to the missing substance.

The Director-General of the Narcotics Control Commission has threatened to sue the GRA over failure to release the substance which was impounded at the Kpoglo border post with $200,000 in a Nigerian registered Toyota Land Cruiser Prado with registration number LSR 815 FV.

Interacting with some journalists in Parliament on Wednesday, June 17, 2020, the Minority Spokesperson on Defense and the Interior, James Agalga, charged government and Director General for Customs to publicly speak to the matter arguing that the tango between the two institutions is a threat to the country’s security.

“At the level of the National Security Council Secretariat there exist a Joint Intelligence Committee which coordinates all security and intelligence agencies with the view to promote efficiency, information sharing, and also to root out unnecessary turf wars”, he said.

Hon. Agalga added: “The Minority in Parliament is of the view that the lack of synergy among the country’s security agencies at our borders mirrors the failure of the leadership of President Akufo Addo as Chairman of the National Security Council. Such failure portends such grave danger to our national security as a whole. In response to the lamentation of the DG of NACOB in relation to the missing cocaine the Minority calls for the immediate setting up of an independent committee of inquiry to establish among others the circumstances under which the cocaine impounded by NACOB and entrusted in the custody of the Customs Division of Ghana Revenue Authority disappeared”.