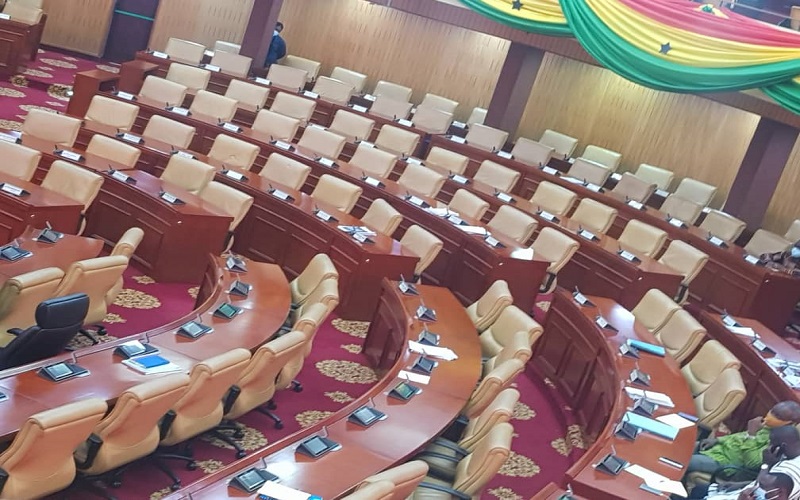 The situation was largely attributed to the upcoming Parliamentary primaries of the New Patriotic Party (NPP) which is slated for Saturday, June 2020.

The Majority Leader has appealed to the Speaker to adjourn sitting to Friday, June 19, 2020, because of lack of numbers as a result of the NPP’s upcoming parliamentary primaries. This was to enable the Business Committee to present the Business Statement of next week to the House.

However, the NDC MP for Wa West, Joseph Yieleh Chireh, said it will not be reasonable for the House to even sit on Friday as suggested by the Majority. He instead, appealed to the Speaker to adjourn sitting to Tuesday.

“Mr. Speaker, our colleagues are going to have their elections. The best thing to do is to afford Members the opportunity to stay away and come on Tuesday. Because of COVID-19, the House should not even be sitting at all but here we are”, he said.

The Minority Chief Whip, Mohammed Mubarak-Muntaka, on his part, said it is obvious that reality has dawn on them. “Obviously, we do not expect our colleagues to be here”, he said. He pleaded that the House should rather adjourn to Tuesday where the Business Statement should be taken “first thing” before the Business of the day commences.

The Speaker having listened to the argument advanced by Members, he adjourned sitting to Tuesday, June 23, 2020.