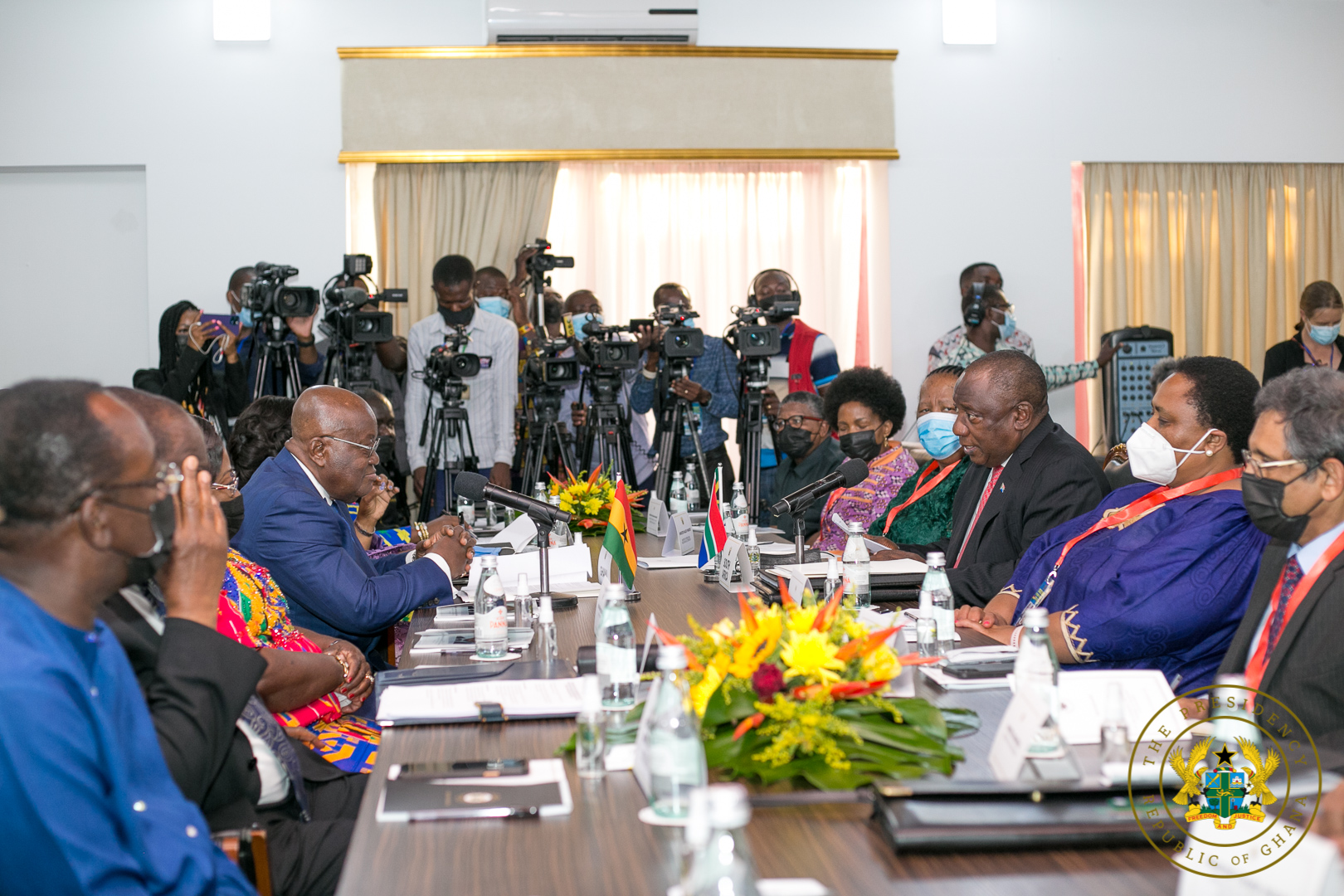 President Ramaphosa extolled the virtues of President Akufo-Addo which led to Forbes awarding him the prestigious African of the Year crown.

“We are proud of this recognition, Your Excellency, because it speaks of your commitment, it speaks of your creativity, your innovation, and your clear strategic vision of what should happen in your own country, as well as on our beloved African continent” he said.

President Ramaphosa also stressed that the recognition of President Nana Addo Dankwa Akufo-Addo by Forbes is about his vision for Ghana, in particular, and the African continent as a whole.

“The recognition by the magazine is about your vision, not only for Ghana but for the people of our continent as well” the South African President stated.

Not only was President Ramaphosa pleased with President Akufo-Addo’s recognition as the African of the Year, but he was also impressed by the cultural heritage of the Ghanaian people.

“This morning, Your Excellency, you took me to Kumasi to show me the wonders of Ghanaian culture and spectacular traditions during the 50th Celebration of Nana Otuo Sriboe II of Juaben. I was deeply moved and impressed to see how Ghana has continued to keep true to the traditions of old, traditions that span generations and generations”, the South African President said.

Continuing, President indicated that “I will go back to South Africa with vivid memories of a people who are together in the very peaceful spirit celebrating, and I was truly honoured and humbled that you did take me to see the wonders of Ghanaian culture and tradition” he said.

On his part, President Akufo-Addo thanked President Ramaphosa and his delegation for their visit to Ghana, and reiterated his confidence that the visit will deepen the ties of friendship and co-operation between the two countries and their peoples.

“For me, one of the essential pillars of our relations must be the mutual nurturing of our young people. They are the ones to inherit the legacy of our current co-operative endeavours, who should work towards preserving and further enriching it,” he said.

The President continued, “With your visit, I am confident that a solid foundation for this new and mutually-beneficial co-operation has been laid, just as we have renewed our determination to work towards strengthening our common commitment to our continental organisation, the African Union”.