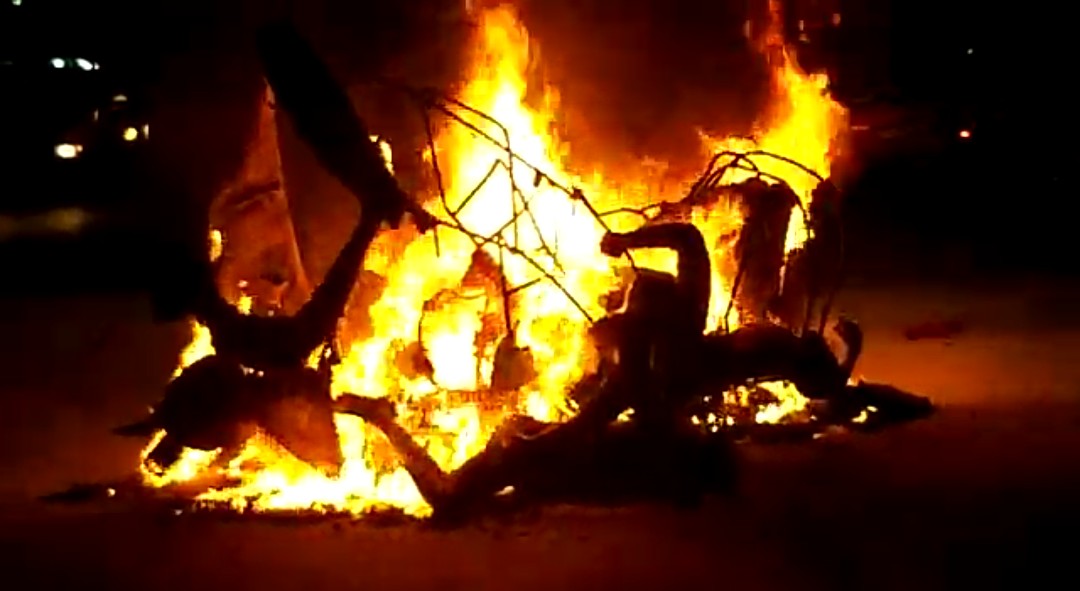 Three people are reported dead in a gory accident that happened at Anloga Junction in Kumasi on Thursday evening when a Hyundai Truck with registration number GC-3897-20 rammed into a tricycle, popularly known among the locals as ‘Pragya’.

The Hyundai Truck, according to eyewitnesses, failed its breaks and in the process, dragged the tricycle for few meters, resulting in it catching fire.

Among the deceased are a pregnant woman, a kid believed to be her child and the tricycle rider. The three were burnt beyond recognition.

The truck upon seeing the tricycle applied its break in an attempt to avoid ramming into it but failed its breaks, bumping into the tricycle and dragging it for some meters which resulted in the ‘Pragya’ catching fire.

Personnel from the Ghana Fire Service arrived 30 minutes later to douse the flames, with the burnt bodies taken to the mortuary.

The Police are investigating the case.