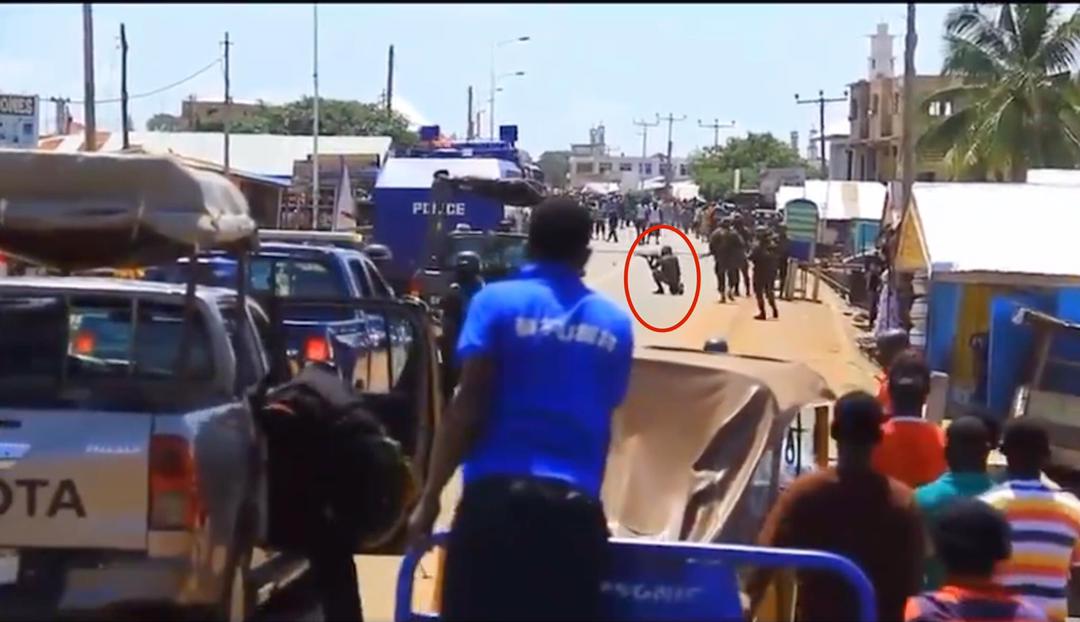 Two people have been shot dead while six others have sustained varying degrees of injuries in Ejura on Tuesday morning after police opened fire on angry youth protesting the murder of social activist Anyars Muhammed Ibrahim a.k.a Macho Kaaka.

Kaaka is alleged to be a member of the #FixTheCountry movement.

Kasapafmonline.com reports that the police had been firing shots into the air to calm tension after the residents took to the streets to demand justice.

An activist of the #FixTheCountry movement, Ibrahim Mohammed, alias Kaaka has been killed by unknown assailants for his advocacy at Ejura Sekyeredumase in the Ashanti region.

He is said to have had his head clubbed in his home Friday night by the assailants until he became unconscious and was rushed to the Ejura Government Hospital. He was later transferred to the Komfo Anokye Teaching Hospital in Kumasi where he died Monday afternoon.

Sources say though he reported threats to his life by some persons who claimed his activism on social media was making the government unpopular in Ejura, the law enforcement agency failed to act but rather issued him with a warning letter to be cautious of his utterances.