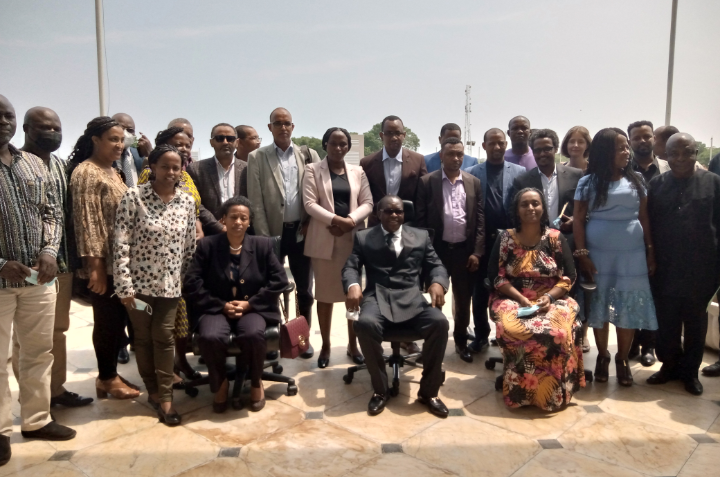 The Speaker of Parliament, Rt. Hon. Alban Kingsford Sumana Bagbin, has said that, he has always been guided by the interest of the country first ever since he ascended the throne of Speakership to preside over the Business of Parliament.

Partisan politics, he noted, is not in his scheme of things since it does not encourage consensus building in national development.

According to him, considering the 137:137 numerical strength of Members of Parliament (MPs) from the governing New Patriotic Party (NPP) and the opposition National Democratic Congress (NDC), with one independent candidate, and with having been elected Speaker from the opposition party, one would have thought that he will be partial in his rulings by tilting towards the NDC to give them political advantage in their quest to securing political power from the elephant family.

However, such is not the case of his mindset, stressing that the interest of the country supersedes any other interest.

“Considering the numerical strength of Members of Parliament from the two main political parties, and me having been elected Speaker of Parliament from the opposition political party, if I want to do partisan politics or ‘buga buga’ politics, when it comes to ruling on an issue on the floor of Parliament, it is just a matter of calling one my deputies, the first is from the ruling party and the second is an independent Member who has decided to do business with the ruling party, to take over the chair. This will automatically reduce the numerical strength of MPs from the governing party. But that is not part of me. I don’t like partisan politics”, he noted.

He added “consensus building with the interest of the nation at heart has always been my guiding principle”.

Rt. Hon. Speaker, Bagbin, made these observations when interacting with an eleven-member delegation from the Ethiopian Political Parties Joint Council in Accra on Wednesday, August 11, 2021.

The delegation had visited Ghana to learn from its democracy, how its Parliament has been able to manage transitions and the relationships between political parties.

Sharing some of the practices that has positioned Ghana as a beacon of democracy, the Rt. Hon. Bagbin said Ghana’s Parliamentary democracy is the hybrid system, thus a combination of the British and American system.

“The only thing you need to do is to know that there are no absolutes in the world. And so issues about anger, impatience and intolerance are not part of democracy. You do away with that. It is not one of emotionalism except the Emotional Quittance which is important in decision making. It is one of reason; a market place of ideas; of innovation; of creativity and so that is what we have been struggling to do hear in Ghana”, he noted.

He said Ghana has gone beyond multi-party democracy and now moving towards inclusive participatory governance which is, more of, smart governance. For instance, he said if there are more women in ones country, obviously, there should be more women represented in that country’s Parliament.

He added “when you have a strong well-resourced Parliament, democracy thicks and works and the people get the dividends of the democracy and they now agree that this the best governance for us, let’s continue it. But when Parliament is weak that at any time the President coughs and members start sneezing, that’s the end of democracy in that country”.

He said one of the systems that Ghana has deplored which is helping it a great deal is its decentralization system where there is a breakdown of governance into smaller units of the community so that there is no concentration of power or resources at the center.

He said there are some practices in Ghana where Ethiopia could adopt and adapt, but more importantly, urged them to build on their own foundation where their culture and tradition should be inherent to make it unique.

They all shared their experiences on some practices in Parliament that has greatly helped Ghana to position it in the limelight.