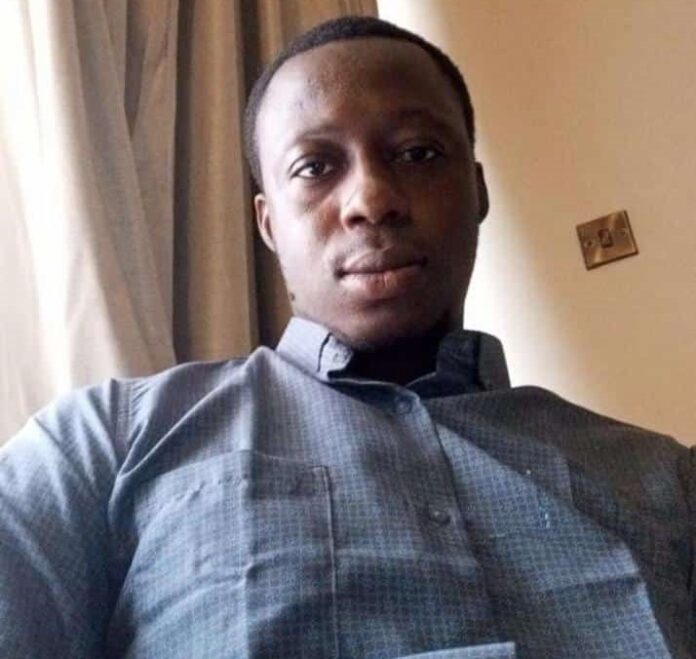 A young man working with the Pharmacy Department of Abura Dunkwa Government Hospital in the Central Region has been found hanging on a rope in his own room Monday, October 11, 2021.

He was last seen by residents in the area last Thursday, October 7, 2021.

Sources say the stench emanating from the young man’s room provoked his neighbours to break into the room and in the process, found his decomposing dead body.

A liquid believed to be a poisonous substance was found beside him.

The young man has since been identified as Felix Abagi. His body has been deposited at the Cape Coast Government Hospital morgue with the Police commencing investigations into the case.