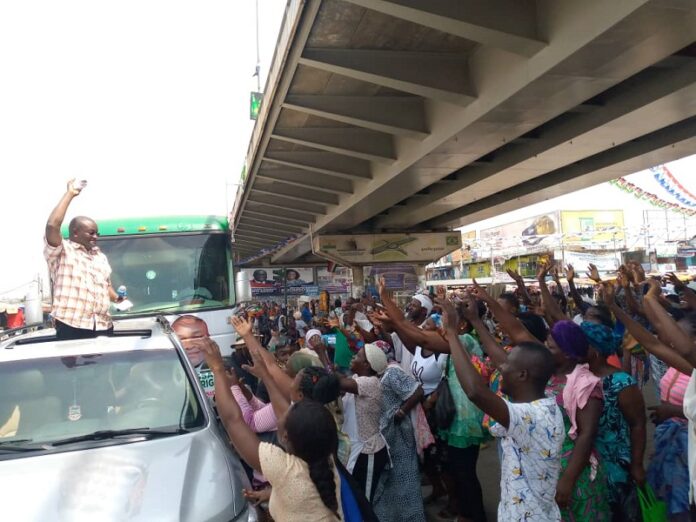 The Presidential Candidate of All Peoples Congress (APC) Hassan Ayariga has said the hardship Ghanaians are going through is a result of mismanagement by the two dominant parties – the ruling New Patriotic Party(NPP) and the largest opposition National Democratic Congress(NDC) who have ruled Ghana in turns.

According to him, the only Party that can help develop the country and improve the living conditions of Ghanaians is the APC Party, hence urged the electorate to vote massively for the party come December 7 election.

He promised to give free loans to businesses especially market women and drivers in order for them to do their business without any hindrances.

“The NPP must not blame COVID-19 for its inability to manage the economy. NPP has totally failed Ghanaians and we are highly disappointed in them. On the day of elections, I urge all Ghanains to vote massively for the APC party to witness great development under my presidency,” he said this during his campaign tour of the Central Region on Monday.

Hassan Ayariga promised to fulfill all his campaign promises when he’s elected the President.