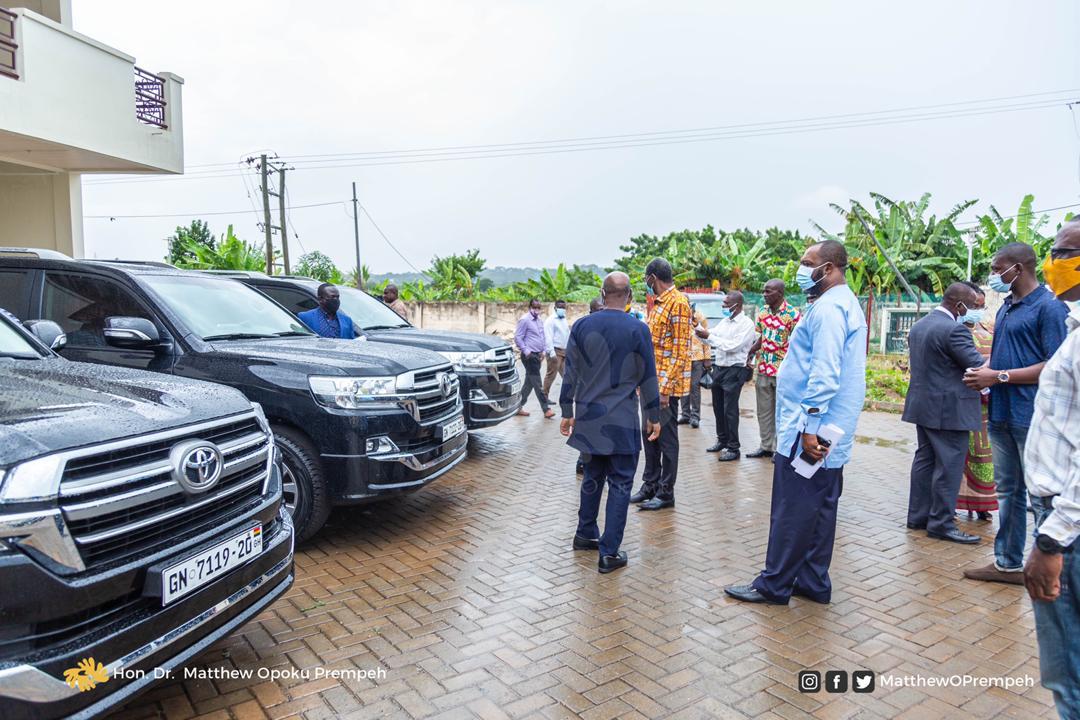 Three new universities have received four vehicles each from government to assist their operational effectiveness.

Presenting the vehicles on behalf of the government on Thursday, September 24, 2020, the Minister of Education Dr. Matthew Opoku Prempeh said the vehicles were provided as part of government’s resourcing plan for the new universities.

He further stated that this follows assurances he gave at the inauguration of their Governing Councils and Interim Key Officers, earlier this year, since the universities identified the means of transport among the most of their immediate needs.

In addition to the vehicles, each university received GH₵1.5 million to cater for basic logistics needs.

This initial funding is sourced from allocations made under GETFund to provide for the most urgent logistics requirements, while government makes provision for adequate funding for their medium to long term needs.

He continued, “most of all, we want you to focus on ensuring a smooth takeoff and to keep the universities on a growth path consistent with the mandates given you.”

Speaking on behalf of the three universities, the Vice Chancellor of the CK Tedam University of Technology and Applied Sciences (CKT-UTAS), Prof. Eric Wilmot, thanked government for the gesture and assured the Minister of a sound maintenance culture for the vehicles. He further assured him that they will work with the NCTE to ensure that in no time, their institutions will become pace setters.