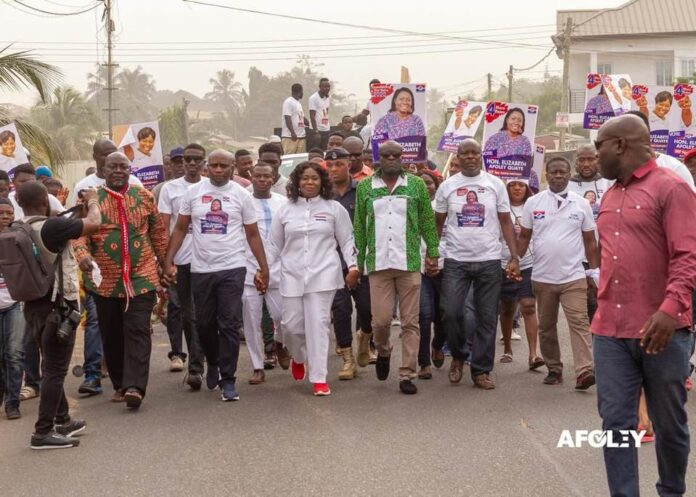 There is simmering tension at the Krowor Constituency as defeated Member of Parliament (MP) and party executives trade accusations.

On Friday, followers of Mrs Elizabeth Afoley Quaye, who lost the December 7th parliamentary election to the National Democratic Congress’ Agnes Naa Momo Lartey held a press conference to accuse the Constituency Chairman Joseph Ata Gyimah and other executives of her defeat.

However, in a counter-press conference at the Krowor New Patriotic Party’s (NPP) office, the Krowor NPP Electoral Area and Polling Station Coordinators defended the Chairman and said the MP caused her own defeat.

The polling station officers said some of the members are being attacked and assaulted for no just cause.

They, therefore, served a stern caution that any form of attack will not be entertained.

Following the NPPs defeat at the Krowor Constituency both in the parliamentary and presidential elections, the defeated MP and the party executives have been at each other’s throats.

Mrs. Quaye who lost the December 7 elections polled over 32,000 while the NDC Candidate Agnes Naa Momo Lartey won the seat with over 41, 000 votes.