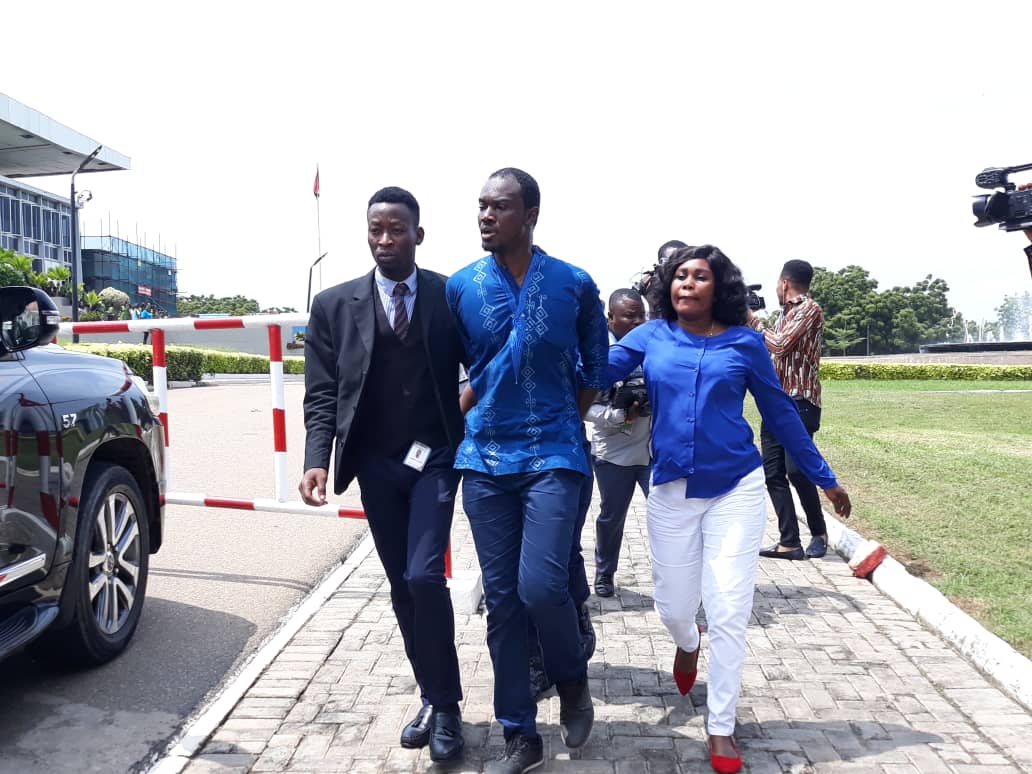 A social commentator, Ernesto Yeboah, and two others are currently in the grips of the Police over unlawful protest in the public gallery of the Parliament of Ghana.

The trio, who are all members of the Economic Fighters League, Ghana, had stormed the public gallery of the chamber of the Parliament of Ghana, Friday, to demonstrate against the proposed new chamber block for the lawmakers which has now become the subject of controversy in the country.

It is against the Standing Orders of Parliament to picket or demonstrate in the public gallery of the chamber of Parliament.

It all started when Members began debating the Business Statement which was presented to them by the Majority Leader, Osei Kyei-Mensah-Bonsu.

The Majority Leader had earlier in a press briefing apologised to Members and indicated that he will be briefing them on the proposed new chamber soon but such an expression did not find way in his Business Statement which was presented.

This, however, provoked the National Democratic Congress (NDC) Member of Parliament (MP) for North Tongu, Samuel Okudzeto Ablakwa, to enquire from the Majority Leader when he will be briefing Members about the proposed new chamber.

“Please Majority Leader, inform us when Members can be briefed on when this chamber can be dropped”, he noted.

The New Patriotic Party (NPP) MP for Suhum, Frederick Opare Ansah, contributing to the statement, demanded that the Business Statement be amended to have a date where a joint Caucus Meeting would be held to discuss the proposed new chamber block as well as other pressing issues before the House goes on recess.

His comment was supported by the NPP Member for Adansi a
Asokwa, K. T. Hammond.

In the view of K. T. Hammond, it was important for Members to know whether it was a government policy to build a new chamber block for Members or not.

He said Parliament is an important symbol of democracy, stressing that “you won’t have a democracy without a Parliament”.

He then sarcastically stated that ” Parliament won’t sit under trees so this chamber should be brought on the floor for discussions”.

As Mr. Hammond was about ending his statement, Ernesto Yeboah, who had positioned himself in the public gallery with two of his colleagues, to observe proceedings on the floor, then retorted, “Drop that chamber”.

He was immediately identified and whisked out of the public gallery together with his two colleagues by the security men and women in plain cloth.