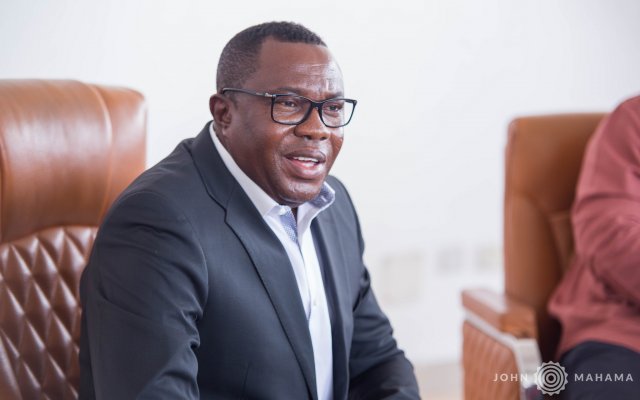 A Commercial High Court presided over by Justice Samuel Asiedu, Friday, dismissed an application filed by lawyer of the embattled National Chairman of the National Democratic Congress (NDC), Elder Samuel Ofosu Ampofo, seeking to dismiss some charges preferred against him by the State.

It was the contention of Mr. Ofosu Ampofo’s lawyers that the second charge preferred against their client was frivolous and should therefore be dropped from charge sheet.

However, Justice Samuel Asiedu, ruled that the defence put up by Ofosu Ampofo’s lawyers were not fatal and that the charges were recognisable under the law.

He therefore ordered the commencement of the trial on July 8, 2019.

The Attorney-General on the other hand had argued that following the Ayawaso West Wuogon by-election debacle on January 31, 2019, Ofosu Ampofo met with some NDC party communicators on February 3, 2019.

The A-G explained that at the said meeting, Ofosu Ampofo and Boahen set out a road map of criminal activities, including violence against the EC Chairperson, Mrs Jean Mensa and the Chairman of the National Peace Council, Rev. Prof. Emmanuel Asante.

According to the State lawyers, an audio recording of the said meeting was leaked leading to investigations by the Criminal Investigation Department of the Ghana Police Service into the comments on the tape.

The prosecution added that on February 20, 2019, Boahen granted a radio interview in which he confirmed his participation in the said meeting and also revealed that the leaked audio recording was a true reflection of what transpired at the February 3, 2019 meeting.