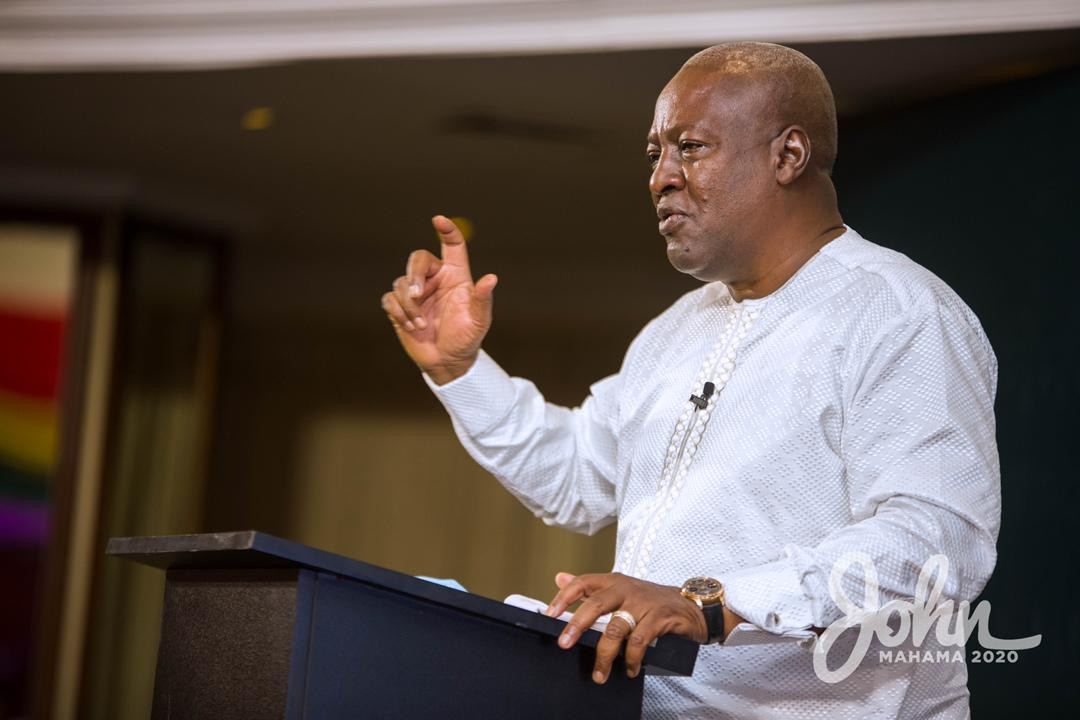 The Presidential Candidate of the opposition National Democratic Congress (NDC) John Dramani Mahama, has served notice that the umbrella family will not sit down for anybody to subvert the will of the Ghanaian people.

He has however, denied claims that he has called to congratulate the New Patriotic Part’s (NPP) Presidential candidate, Nana Addo Dankwa Akufo-Addo for winning the presidential poll.

Addressing the media at his residence Tuesday evening flanked by executives of the party, the former Ghanaian leader stated that any attempt to subvert the will of the people will be fiercely be resisted.

“We thank the Ghanaian people for the confidence they expressed in us. It is clear that they want change in this country, Ghanaians are tired of Akufo Addo and his government. We thank the electorate for giving us a working majority – 140 seats in Parliament which is a majority. No attempt should be made to subvert that, I have looked at the results collated and I’m happy with that. We won in ten regions out of sixteen and the Ghanaian people have expressed confidence in us.”

He accused President Akufo Addo of using the military to intimidate and overturn the results in some constituencies the NDC has won.