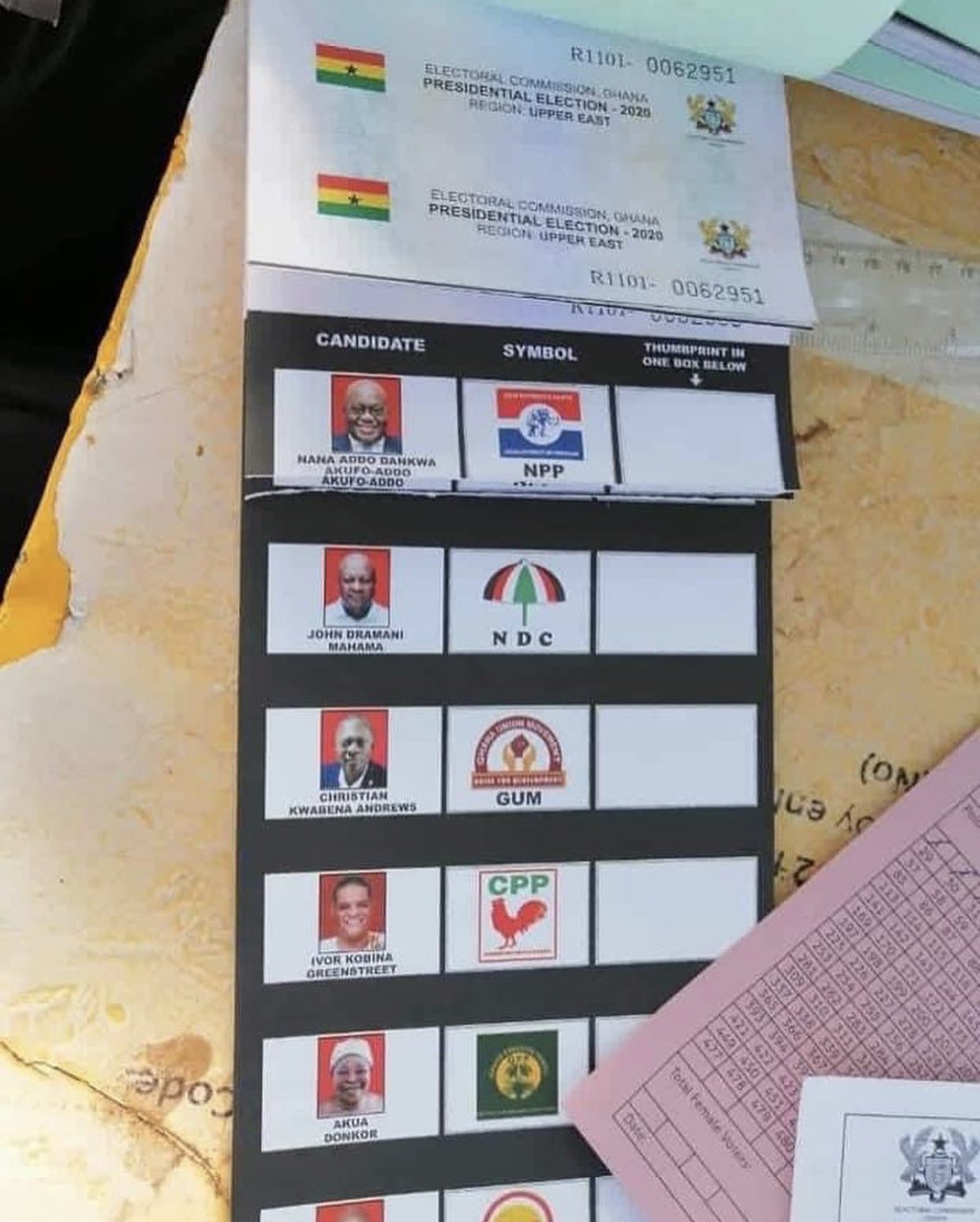 Some officials of the Electoral Commission (EC) of Ghana have been removed from their various posts and arrested by the police in the ongoing 2020 Presidential and Parliamentary polls.

The officials were arrested for allegedly tampering with Presidential ballot papers.

The exact numbers of these arrested EC officials are immediately not known.

However, those arrested, according to a statement released by the election management body, were at post in some polling stations in the Awutu Senya West and Bawku constituencies.

“The Commission working with the Ghana Police Service, has identified the suspected officers and removed them from post pending further investigations”, the statement in part read.

Persons familiar with the situation say the suspects before giving a voter the Presidential ballot paper which had twelve candidates, will remove the portion of the Presidential candidate of the New Patriotic Party (NPP), Nana Addo Dankwa Akufo-Addo, and handover that with eleven candidates to the voter to cast his or her vote.

The Commission concerned about this occurrence, has cautioned the general public that the “Presidential ballot paper for the 2020 general election has twelve candidates. For a correctly thumb printed ballot to be considered valid and counted, all the Presidential candidates must be on the ballot paper”, the statement further read.

The EC has therefore entreated all its staff and field officers to let the truth guide them and integrity preserve them as they continue with the voting exercise.

It also urged the political party and candidate’s agents and the general public to be vigilant to ensure a free, fair, credible and transparent election”.