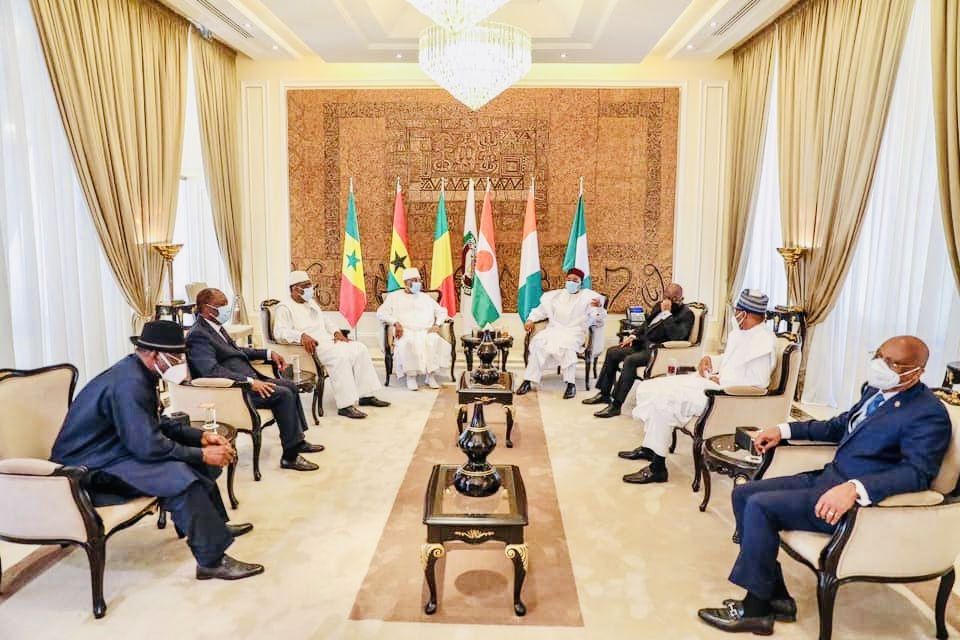 ECOWAS leaders ended their virtual extraordinary Summit on Monday, 27th July, by giving the government and the opposition in Mali 10 days to form a National Unity Government, a Communique from the Summit said.

Thirty-one MPs whose elections are disputed from the March/April Parliamentary vote were also asked to resign, while 116 other MPs should carry on with legislative business until bye-elections are held to fill the vacant seats.

The regional leaders rejected the call for the resignation of beleaguered President Ibrahim Keita by the opposition Coalition M5-RFP, stressing that the national Constitution should be respected.

The ECOWAS leaders, instead, urged the opposition Coalition to join the Unity Government.

They also called for the recomposition of the Constitutional Court and the setting up an inclusive Committee to Monitor the implemention of the Summit decisions.

The regional leaders further mandated the ECOWAS Commission to “consider sanctions against those who act contrary to the normalisation process of the crisis.”

They expressed solidarity with Malian opposition leader Soumaila Cisse, who has been kidnapped by gunmen since March and urged the government to faciliate his release.

The ECOWAS leaders expressed their condolences to families that lost loved ones and those injured during violent street protests that have characterised the crisis.

There was no immediate official reaction from the M5-RFP to the ECOWAS Summit decisions, but in rejecting earlier proposals by ECOWAS’ two previous peace missions to Bamako, the Coalition had insisted on President Keita’s resignation. Its leaders had called on supporters to resume protests after the Muslim Tabaski Feast on Friday.

Mali’s deep-rooted political and socio-economic crises have continued to reverbrate across neigbouring countries with deadly terrorist attacks threatening peace and security in the ECOWAS and Sahel regions.