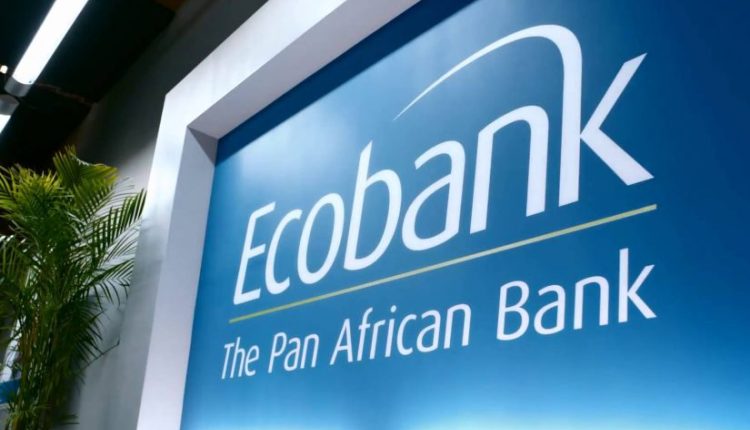 Lawyers for businessman, Daniel Ofori, has issued a seven-day ultimatum notice to Ecobank Ghana  Limited, to retract what they consider, false and libelous allegations the Pan-African bank has made against their client.

They are also demanding for an unqualified apology from Ecobank Ghana Limited, for publishing false and libelous statement against Mr. Ofori.

“Ecobank should issue a notice of retraction against our client. The retraction should contain an unconditional withdrawal of the false and libelous allegations against Mr. Ofori as well as an unqualified apology”, a letter signed and issued by lawyers for Mr. Ofori, Sory@Law, dated December 30, 2021, and addressed to the Managing Director of Ecobank Ghana Limited, Daniel Sackey, in part read.

The statement added “If the above steps are taken within seven (7) days of this letter and an agreement is reached with us, acting for Mr. Ofori, for the payment by Ecobank to a charity nominated by Mr. Ofori, of an agreed amount, our client will not seek compensation in respect of the false and libelous allegations him by Ecobank Ghana”.

Should Ecobank Ghana Limited fails to do the needful, the lawyers say their client reserves the right to seek judicial redress.

RE: FALSE AND LIBELLOUS ALLEGATIONS AGAINST DANIEL OFORI.

We write for and on behalf of our client, Mr. Daniel Ofori.

In the said media release, false and libelous allegations were made against our client. For instance, based on the false claim that Mr. Ofori had tendered an investment agreement in evidence in court, reference was made in the media release to “a forensic examination conducted by the Criminal Investigations Department of the Ghana Police Service on the investment agreement” in terms which maliciously imputed wrongdoing to our client.

As Ecobank well knows, it was rather Ecobank which, earlier this year, put forward before a review panel of the Supreme Court a document which it claimed was the investment agreement between Mr. Ofori and the bank.

That document had a 15% interest rate in it rather than the 30% Ecobank had itself previously admitted as the agreed basis of the investment. The Supreme Court refused to countenance that document and also refused to make an order for a forensic examination of the document. It is really astonishing that Ecobank should now falsely claim in its media release that Mr. Ofori tendered an investment agreement in court and go on to say that forensic examination of the document  shows it to have been altered, as if that had anything to do with Mr. Ofori who never tendered such a document.

It was also made to appear in the media release that Mr. Ofori acted wrongly with regard to dividends paid to him in connection with certain shares even though the Supreme Court has stated categorically that Mr. Ofori did nothing wrong in receiving the dividends since, at the time, the High Court and the Court of Appeal had decided that the share sale by Mr. Ofori to a third party had not been completed.

Further, the Ecobank media release claimed that “…Daniel Ofori has purported to attach Ecobank’s Head Office building and has gone around press houses with video clips of the purported attachment. This is simply a desperate and misplaced measure on the part of Daniel Ofori in the light of the current proceedings in the Supreme Court”. The impression is thus sought to be created that it was not a lawful court process that was pasted on the head office of Ecobank Ghana but rather just an individual act of Mr. Ofori. Nothing could, of course, be further from the truth, which Ecobank very well knew at the time it put out the release.

The above and other false claims in the media release were clearly calculated to bring down Mr. Ofori in the esteem of right-thinking members of the society, especially, in the business community.

Ecobank Ghana also acted in brazen contempt of court by having its officer remove the notice of attachment from the building immediately after it had been pasted on the building and issuing a media release which pretended that nothing official had taken place at its office in respect of the notice of attachment, as same was described by Ecobank Ghana as “simply a desperate and misplaced measure on the part of Mr. Daniel Ofori …”.

Our instructions are to demand, on behalf of our client, that the rejoinder that we issued to the 26th November 2021 media release be also posted on the website of Ecobank after which Ecobank should issue a notice of retraction of its media release with its false and libelous allegations against our client. The retraction should contain an unconditional withdrawal of the false and libelous allegations against Mr. Ofori as well as an unqualified apology.

If the above steps are taken within seven (7) days of this letter and an agreement is reached with us, acting for Mr. Ofori, for the payment by Ecobank to a charity nominated by Mr. Ofori, of an agreed amount, our client will not seek compensation in respect of the false and libelous allegations against him by Ecobank Ghana. However, should Ecobank, not proceed as indicated above, our client reserves the right to seek judicial redress.