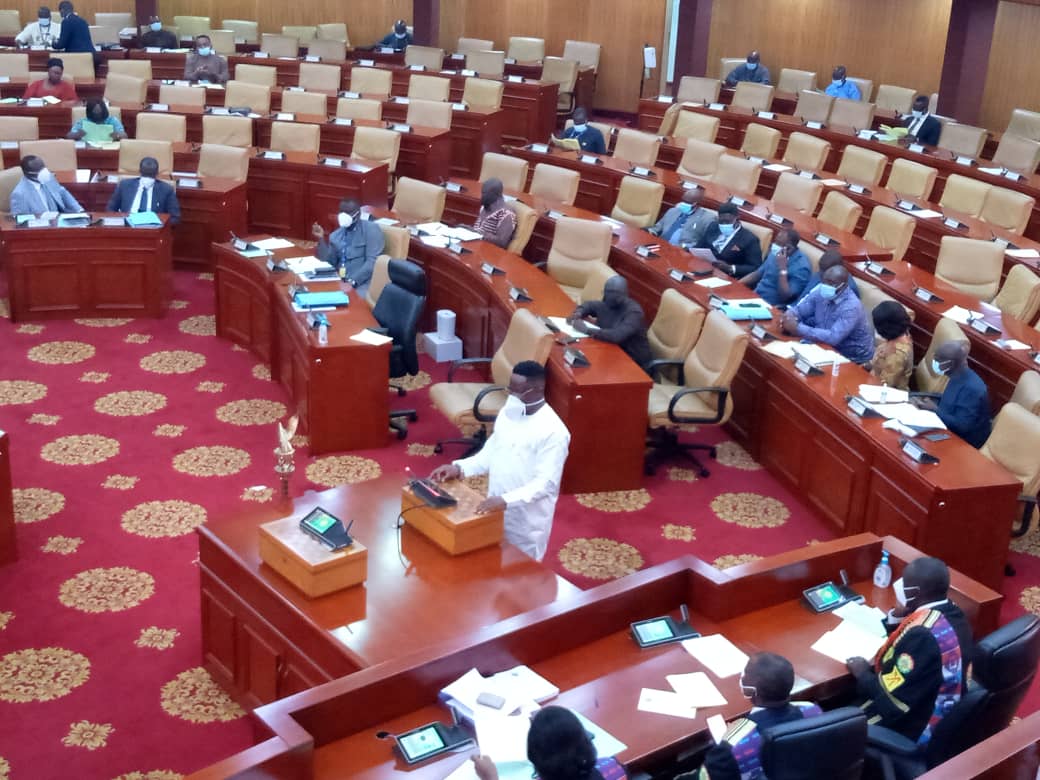 The Minister for Railways Development, John Peter Amewu, Thursday, appeared before Parliament and told Members that government has not sold any railway land within the CMB ‘Abuja’ market enclave to any private developer or corporate body.

Those lands, he noted, still remain the properties of the Ghana Railway Company Limited but have only been leased to ten entities namely; Ghana Cocoa Board, National Investment Bank, Ghana Private Road Transport Union (GPRTU), Wood Merchant and Trading Company, and Pioneer Merchant.

He said one of the main challenges affecting the development of the railway sector is encroachment on railway lands.

This he noted, is partly attributed to the neglect of the railway sector for a very long time which has made people to believe that the railway operations were never going to be revived.

“This was aided by the weak administrative and institutional oversight responsibilities. All these contributed to create a fertile ground for wanton encroachment on railway lands across the country. Private individuals and corporate entities have encroached on lands within and outside the right-of-way and thus making government’s commitment to revamp the sector difficult and costly”, he noted.

Mr. Amewu made these remarks when answering to a question posed by the NDC Member of Parliament (MP) for Klottey Korle, Dr. Zanetor Agyeman-Rawlings.

The NDC lawmaker had asked the Railways Development Minister the status of the land in and around the Abuja/CMB Market and whether any portion of the said land has been sold and if so, to whom, having regards to the developments in the area.

Mr. Amewu commenting further on the matter, said the development of the railway sector still remains a priority to government. Therefore, the vision of the Ministry of Railways Development is to develop a modern, robust and integrated railway system as well as associated infrastructure to serve as the catalyst and backbone for the transformation of the economy.

To this end, he, as the sector Minister, is determined to bring an end to the issue of land encroachment which he described as enormous, after having rolled out a program which seeks to identify, take inventory and value all railway assets across the nation which include lands, buildings (including offices and residential properties), plants and equipment, workshops, railway stations and training schools among others.

The title to all these assets, he added, will be perfected and geo-referenced to ensure their effective and efficient management.

“Mr. Speaker, one disturbing development regarding encroachment on railway land is that some of these encroachers through whatever means are able to regularize their illegal activity at the Lands Commission and in the process, attempt to secure good title to land belonging to the Ghana Railway Development Authority. This was a common practice that threatened the existence and sustainability of the railway sector”, he explained.

To secure all assets belonging to the Ghana Railways Company Limited, Mr. Amewu further told Parliament, that he has requested the Lands Commission through its sector Minister to halt all transactions relating to railway lands. Such transactions, he added, include transfers, regularization and any other action which can create an encumbrance on the railway land.

“The relevant Agencies of the Ministry have also been directed not to grant or renew any lease on any railway land”, he added.