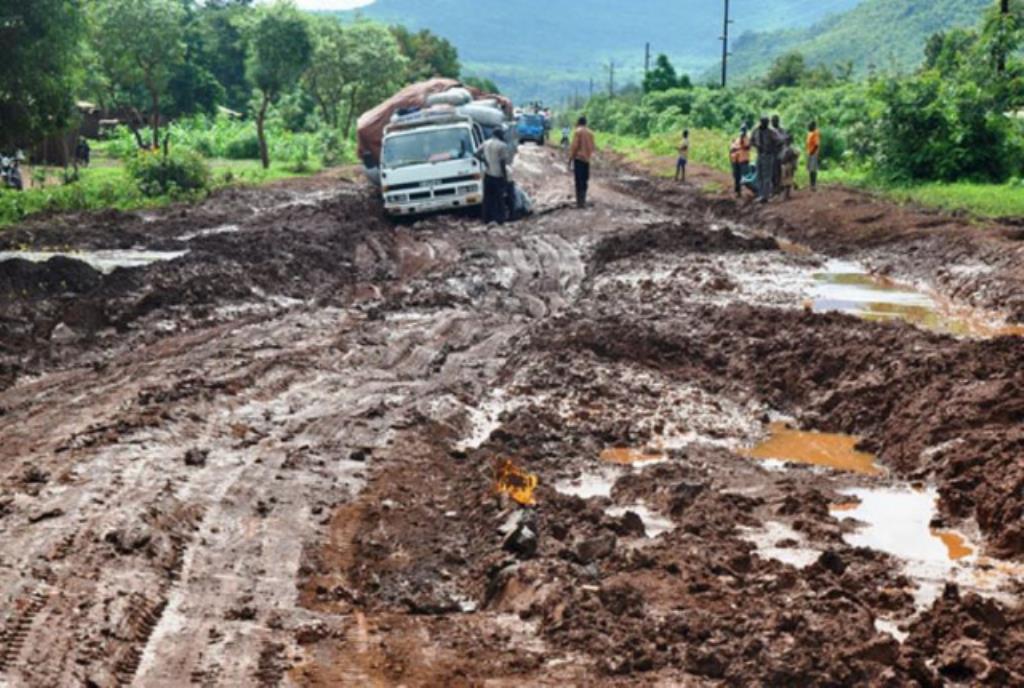 Some Members of Parliament in the Bono East Region have complained bitterly over the deplorable state of the roads in the Region.

Raising the matter on the floor of Parliament is the NDC MP for Jaman South, Hon. Okoffu Dartey.

He told the Speaker that the terrible nature of the roads in the Bono East Region; has adversely affected investment in the Jaman South Constituency.

According to him, existing businesses are dying while new ones hardly come up due to the dust that engulfs the whole community during the dry season. The rainy season comes with its own challenges.

He disclosed that, potholes get filled and driving and walking even becomes difficult.

“Sometimes it is difficult to live in the constituency, especially, when all the other four municipal assemblies in the region have asphaltic surfaces except Jaman South municipality.

Mr. Okoffo alluded to the fact that, Jaman South contributes its fair share to the development of the nation, stressing that “in fact, we are a major farming community dealing mainly in the cultivation of cocoa and cashew on a large scale”.

He further explained that foodstuff production is abundant but the problem is that the trucks carrying these goods many times get stuck and sometimes topple over and block the narrow roads.

He indicated that, on three of the four major roads in the municipality, Ghana shares a border with Ivory Coast making the constituency an entry point to foreigners

Also lamenting is the Hon Member for Tain, Sulemana Adama. He told journalist in an interview that all the road networks in the Bono East Region were in deplorable state, noting that the worse among them were Nsorkow to Badu, Brudi, Banda and Brohan.

According to him, ever since the constituency was established in 2004,   the area has been left unattended to.

He intimated that, Sampa is the capital of the district but has untared roads that produces a lot of dust in the town.

He appealed to government to avert its mind to the Constituency and rehabilitate the road network to help accrue more revenue for the state because of its strategic location.