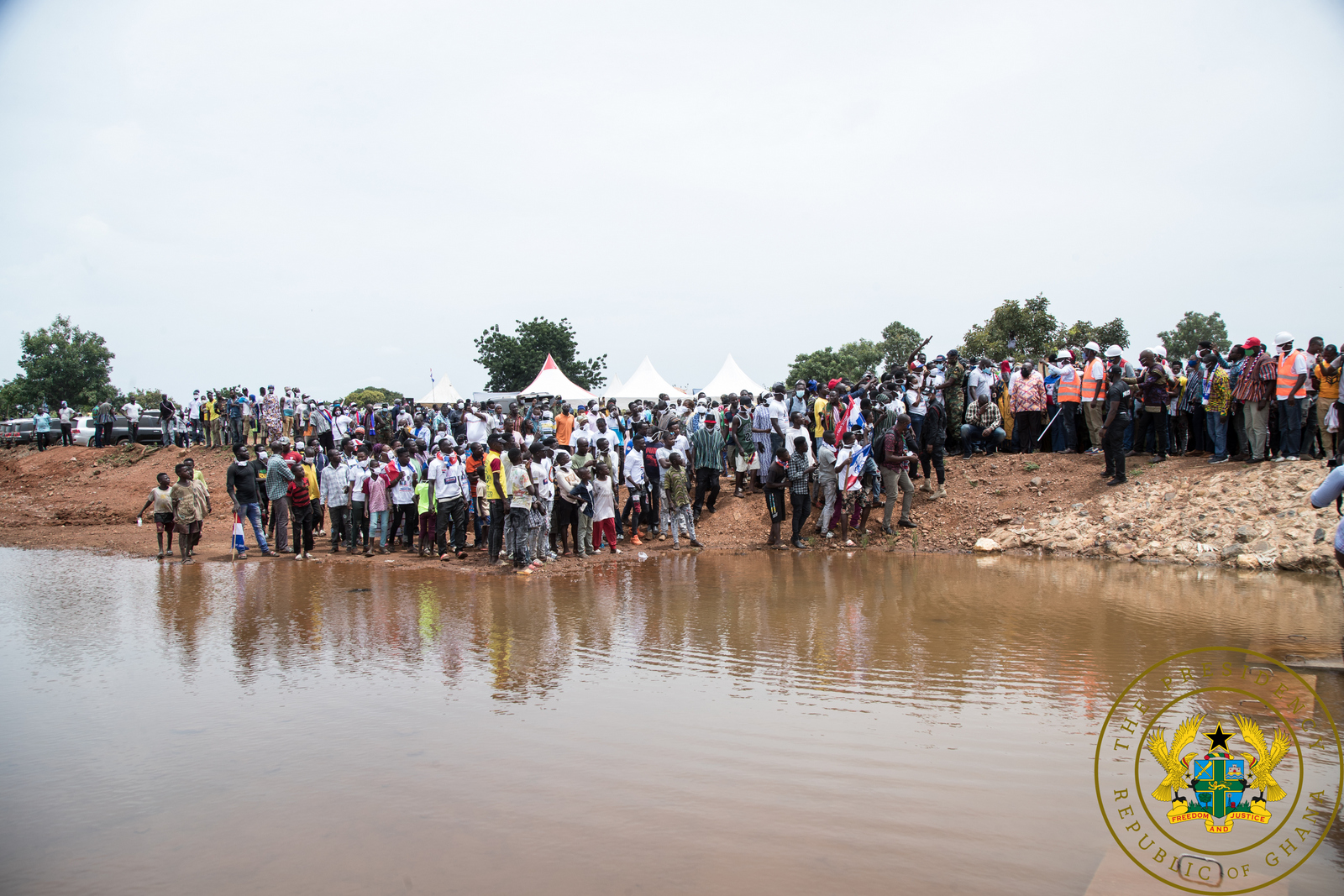 The President of the Republic, Nana Addo Dankwa Akufo-Addo, has inspected the completed “One-Village-One-Dam” project constructed in Namoligo in the Talensi constituency of the Upper East Region.

Accompanied by the Upper East Regional Minister, Paulina Abayage, and the Minister for Food and Agriculture, Hon. Dr. Owusu Afriyie-Akoto, President Akufo-Addo was told that the construction, in fulfilment of the 2016 manifesto pledge of the New Patriotic Party, was undertaken by the Ghana Irrigation Development Authority (GIDA).

The Namoligo Dam is one of ten (10) small dams which have been completed by government through GIDA/Ministry of Food and Agriculture. The contract for the construction of the Dam was awarded in May 2019 and has been substantially completed.

With the project costing GH¢2.5 million, the Namoligo dam has a water storage capacity of 145,300 cubic meters, and has a minimum dam life of forty (40) years.

The President was told that, for occasional (supplementary) irrigation, the cropping area for vegetables can increase to some fifty (50) hectares, with optimum yields assured, since crops will always get the needed water required for healthy growth throughout the growth stages.

To facilitate water access for irrigation, two outlets, controlled by sluice valves, have been provided at vantage points to allow free flow of water on either side of the valley.

Indeed, GIDA has constructed ten (10) similar small dams with irrigation outlets in Upper West Region, and the Northern Region, all in support of “One Village One Dam” programme.

The President urged members of the community to take very good care of the dam, and hoped that the Namoligo community and the other 10 communities, that are beneficiaries of the dams, will use them for their own benefit.

Since 2017, the Government of President Akufo-Addo, in its bid to fulfil the 1-village-1-dam policy, has constructed a number of small-earth dams for water storage, irrigation, and for use by livestock. This is the largest stock of such small earth dams provided since independence.

Thus far, 439 small-earth dams are under construction, and 375 have been completed, and 64 are between 90-100% complete. Each dam provides water for up to five (5) hectares of farmland.

Under the Akufo-Addo Government the Tono irrigation dam has been rehabilitated and rehabilitation projects on both the left and right banks of Kpong are also in progress.