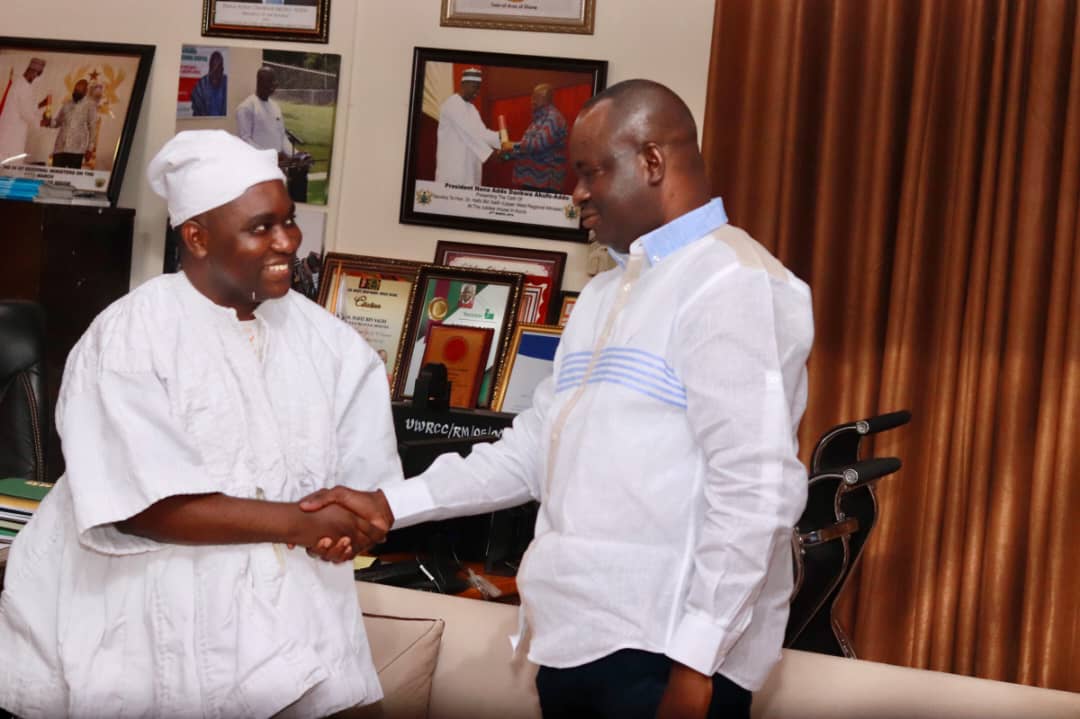 Endorsing Dr China during a courtesy call by the latter at the former’s office, the Hon Regional Minister stated that ‘we the five regional ministers in the five northern regions have met and assessed all the candidates that have put themselves up for the position of National Treasurer and we have come to the conclusion that you are the best person to handle that office because you are a man we can trust with our money.’

He added that ‘when the party appointed you as the director of finance and administration at the party headquarters, you were faithful to the party and took care of party resources entrusted into your care and you worked hard to mobilize more resources to support the party’s efforts which resulted in the landslide victory of the party in 2016.’

He pledged his unflinching support to Dr China and granted him permission to move freely within the region to engage party delegates.

Dr China thanked the Hon Minister for the his endorsement and promised to work hard together with the other national officers, when given the mandate, to effectively mobilize resources for the party whiles efficiently utilizing available resources to enable the party to break the 8.

Dr Charles Dwamena served as the Director of Finance and Administration at the NPP Headquarters in 2016 and 2017 and as the Deputy Ambassador to China from 2017 to 2020.