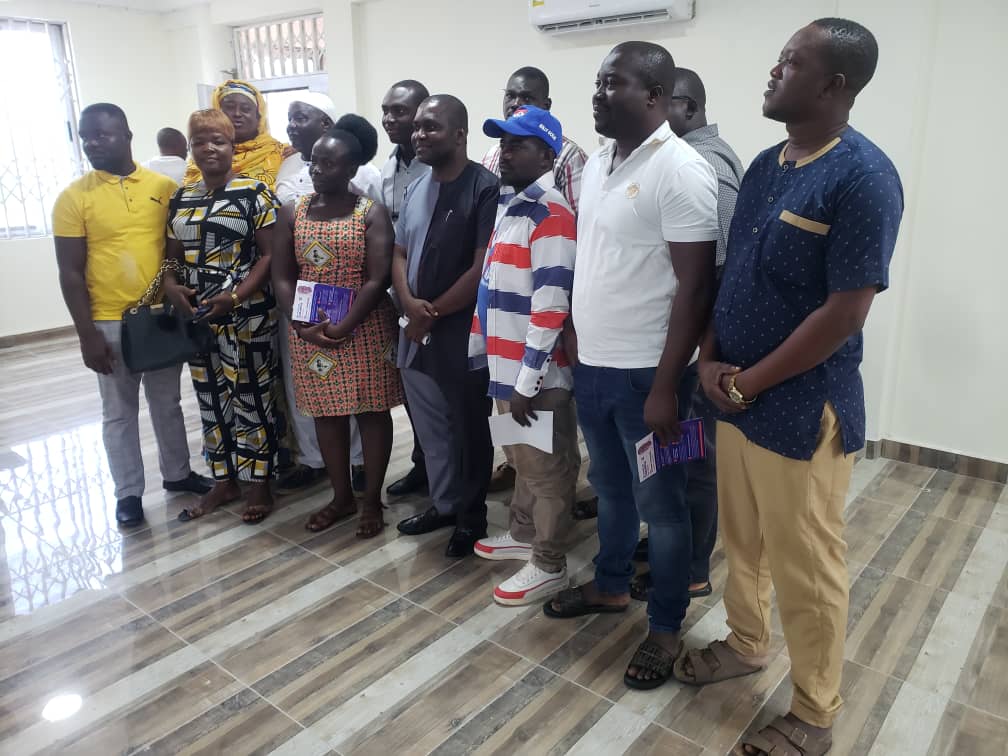 Delegates of the New Patriotic Party (NPP) in six regions of the country have given thumbs up to the immediate past Ghana’s deputy Ambassador to China, Dr. Charles Dwamena, after listening to his vision for the party.

They have, therefore, promised to vote for him to become the next National Treasurer of the NPP when the party goes to the polls from July 14 to 16, 2022 to elect its national officer who will steer the affairs of the party for the next four years.

The challenging task ahead of these national officers is breaking the eight jinx.

However, the delegates cautioned him not to turn his back at them since majority of the party faithful have been neglected and walloping in abject poverty despite the elephant family being the governing political party in the country.

Among the regions are Central, Western, Western North, Ahafo, Bono and Bono East.

The former Director of Finance and Administration at the party headquarters, on June 08, 2022, scaled up his campaign by picking up nomination forms to contest for the position of National Treasurer of the party.

A day after, he hit the grounds running by first interacting with delegates in the Central Region and thereafter, proceeding to Western, Western North, Ahafo, Bono and Bono East Regions for a similar engagement.

The move was part of the well-designed Phase 1 of his nationwide campaign tour for the National Treasurer position of the NPP.

All the regions he visited, he interacted with the delegates by first espousing his vision for the position he is seeking for.  For instance, he spoke about digitizing the party’s treasury to ensure that every member benefits from the coffers of the party.

Dr. China also spoke about some other policy proposals, including his 2-pillars and 10-steps policy proposal that he will be seeking to implement when given the nod to manage the party’s treasury.

He mentioned in particular, an effective resource mobilization and efficient resource utilization where all party members will be a beneficiary.

According to him, the NPP through its resource mobilization drive could raise millions of Ghana Cedis every year, especially, through membership dues and how that money could be used to enhance the welfare of its members.

This initiative, he added, could be extended to provide some financial assistance to party members who are into small and medium scale enterprises.

“I want to assure you that with your support, we could work to turn things around. It will never be business as usual. Your concerns are my priority and a vote for me will ensure that those concerns are addressed”, he noted.

Some of the delegates also shared their concern with the National Treasurer hopeful of the NPP. Key amongst them include the sheer neglect of the grassroots base of the party, majority of whom suffer to death while few enjoy when the party is in power.

They applauded Dr. China for coming up with some key policy proposals which one christened ‘Transformational Welfare Policy’ aimed at addressing the welfare of party members including the aged while also ensuring that their businesses thrive.

The delegates then urged him to immediately implement those proposals as soon as he gets to office, promising that their votes will be in one basket for him when the day of the national polls arrives.

“These are the policies we are looking for. In 2018, you came to us with a similar agenda and we were looking forward to voting for you.  However, due to some circumstances beyond your control, you pulled out of the race. We thank God that you are back again stressing on what we have been missing all these years. We are for you so please never look back”, noted one of the delegates who wanted to remain anonymous.