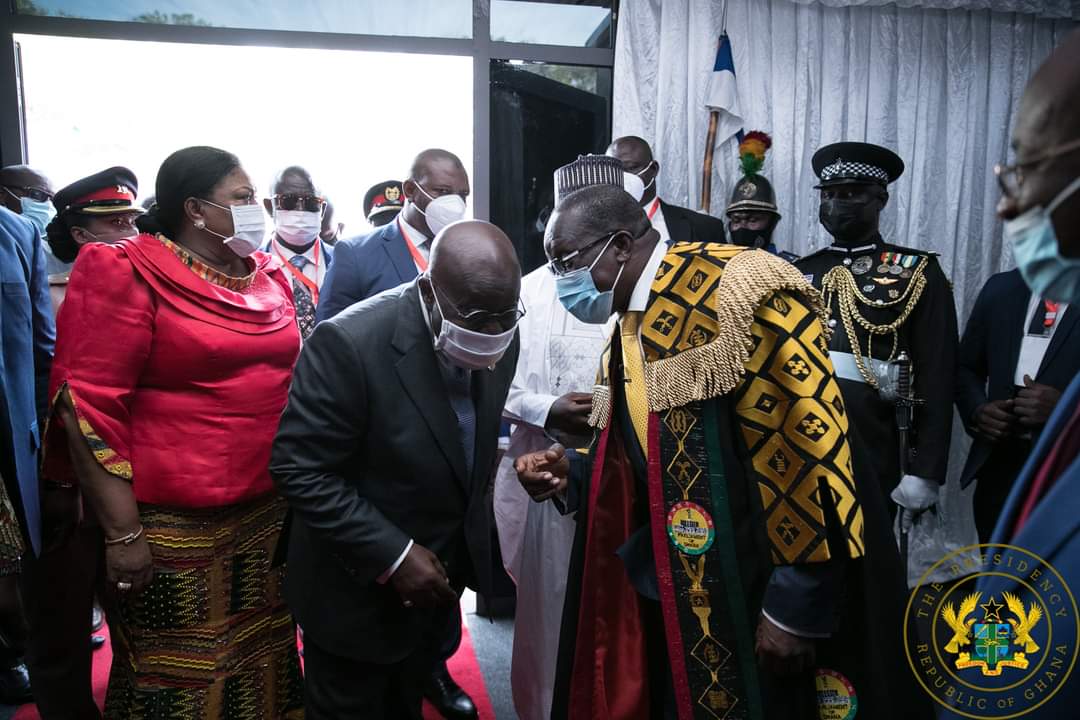 The Speaker of Parliament, Rt. Hon. Alban Sumana Kingsford Bagbin, has sent a note to the Jubilee House, informing President Akufo-Addo not to repeat the wrong he has made in the appointment of members to the Council of State going forward.

According to Rt. Hon. Bagbin, a communique from Jubilee House announcing the appointment of members to the Council and stating inter alia that such appointments by the President were made in consultation with Parliament was factually incorrect, stressing that Parliament was not consulted in that exercise.

To the Speaker of Parliament, even though Jubilee House has made an assertion that the President consulted Parliament in the appointment of members to the Council of State, he could state on authority that “Parliament was not consulted”.

Rt. Hon. Bagbin made these comments on Tuesday, February 2, 2021, when the Minority Leader, Haruna Iddrisu asked the Acting Communications Director at the President, Eugene Arhin, to respect the constitutional provisions before putting certain information into the public domain.

Such wrong, he noted, should not repeat itself.