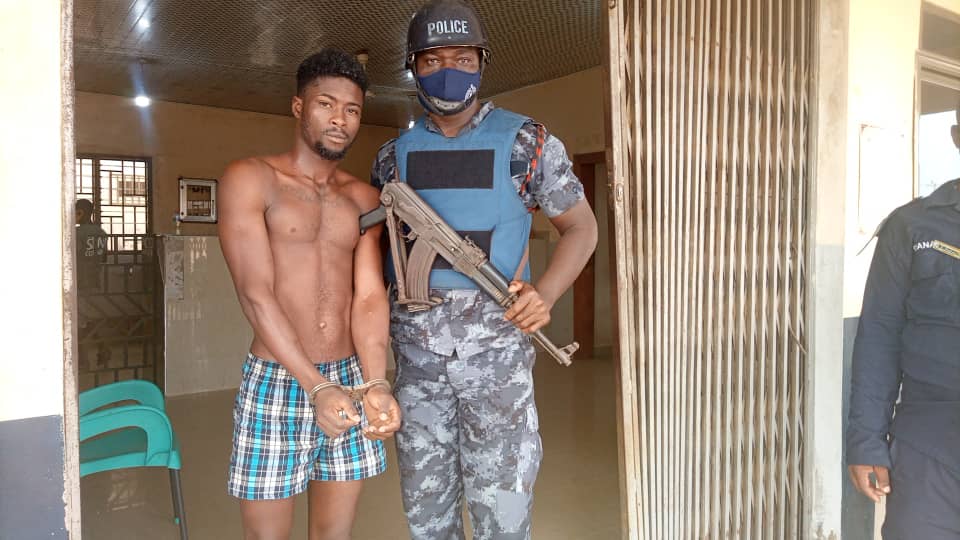 The police officer identified as Karim Aminu, was in the company of some other officers when the stormed the residence of the armed robber, Eric Awudzi, who was still asleep having returned from his usual robbery expedition on Tuesday, February 2, 2021.

Aminu, according to some persons familiar with the situation, broke into the room of the armed robber in an attempt to arrest him. This resulted in a struggle and in the process, his thumb entered into the mouth of armed robber where it was bitten off.

Awudzi, 22, www.politicoghana.com understands, chewed and spewed the pieces on the floor while the police officer shouted for help.

While attempting to run away, he was apprehended by the rest of the police officers who had accompanied Karim Aminu to execute the operation and sent to the Millennium City District Police Command where he was put into custody.

Awudzi, at the time of filing this report, was being arraigned to court (Ofankor Circuit Court) together with his mother, Yaa Adekpe.

Reports say, he has been on the radar of the Police as the most wanted man in the area for over one and half years now after terrorizing residents of Abakum in the Millennium City enclave.

According to sources, the police had a tip-off that Awudzi had returned home after his robbery expedition and therefore dispatched some men to arrest him.