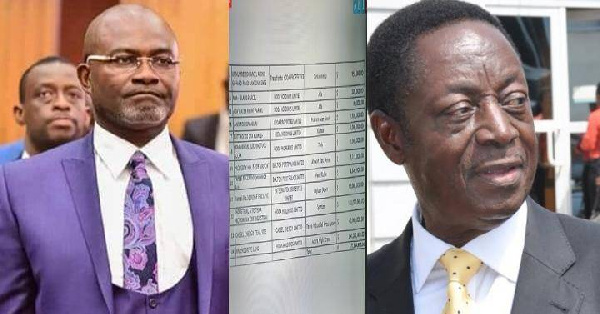 A former Minister of Finance and a shareholder of Unibank, Dr. Kwabena Duffuour, has cautioned media houses that engage the Member of Parliament (MP) for Assin Central, Hon. Kennedy Agyapong, over the banking crisis, especially, on matters related to Unibank since they risk being in contempt of court.

In a statement released by lawyers of the respected banker, Hale Solicitors in Accra on Wednesday, August 5, 2020, most of the comments by the Assin Central lawmaker are prejudicial to the cases that are pending before the courts and it will be better they thread cautiously engaging him over the banking crisis.

“We take this opportunity to sound a note of caution to the various media houses who have afforded Hon. Kennedy Agyapong the time to discuss ongoing cases of before the courts, that they run the risk of being found in contempt of court, as most of the comments of Hon. Agyapong are prejudicial to the cases currently before the courts”, Dr. Duffuour through his Solicitors noted.

On Tuesday, August 4, 2020, Hon. Agyapong appeared on Ekosii sen on Accra-based Asempa FM where he urged the public to rather applaud the President, Nana Addo Dankwa Akufo-Addo and the Minister of Finace, Ken Ofori-Atta as well as the Governor of the Bank of Ghana for the bold steps they took solving the banking crisis instead of castigating them.

Of particular importance, according to Hon. Agyapong, is the amalgamation of Unibank, Biege Bank, Royal Bank, Sovereign Bank Limited and Construction of Bank into a Consolidated Bank Ghana when they were found to be insolvent.

However, shareholders of Unibank are in court challenging what they termed as wrongful takeover of the bank. 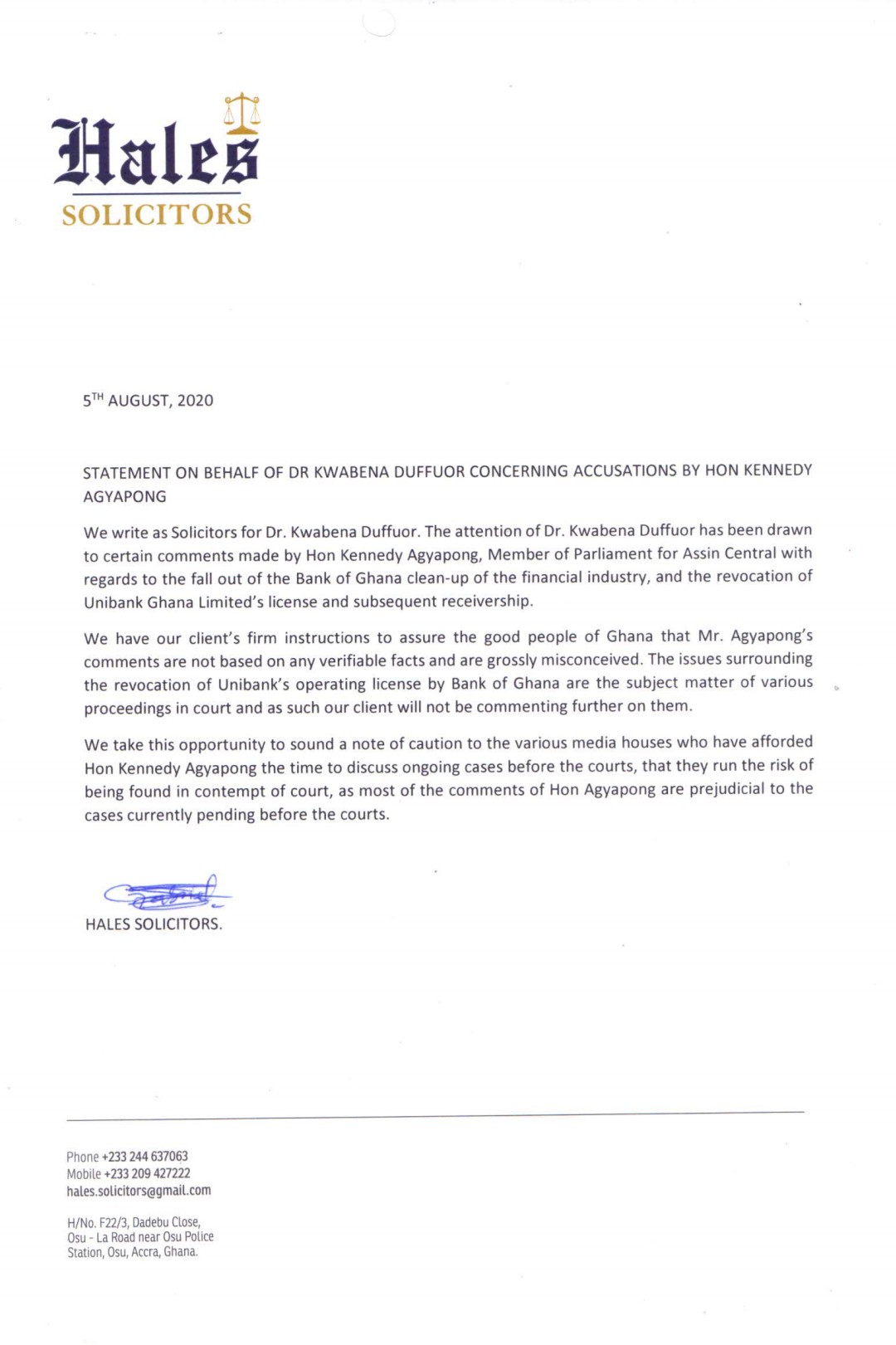