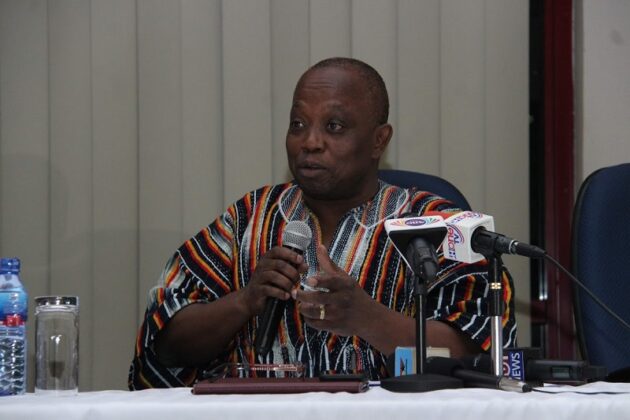 The President of the Republic of Ghana, Nana Addo Dankwa Akufo-Addo, has reminded the embattled Auditor-General, Daniel Yao Domelevo to stop holding himself as such since records available to his office indicate that he is on retirement.

According to a letter signed by the Secretary to the President, Nana Asante Bediatuo, documents made available by the Audit Service to the President indicate Mr Domelevo’s date of birth is 1st June, 1960, and in accordance with Article 199(1) of the Constitution, his date of retirement as Auditor-General was 1st June, 2020.

He reported to work despite a petition challenging his nationality and date of birth.