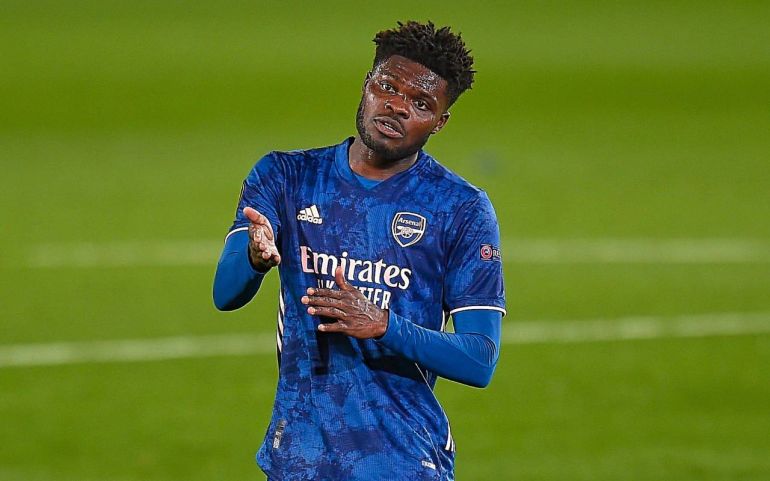 Arsenal have presented Atletico Madrid with the opportunity to re-sign Thomas Partey in the upcoming summer transfer window, according to Todo Fichajes.

When Partey signed along the dotted line with Arsenal on the summer window’s deadline day, few could have imagined that the Gunners would endure such a rotten season.

Arsenal had shown signs of making forward strides until Mikel Arteta, while Partey had established himself as one of the world’s greatest holding midfielders at the Wanda Metropolitano.

However, not all has gone to plan, for Arsenal, nor for Partey.

The Ghanian, while he has shown glimpses of quality, has not been able to find his best performance level since making the move to the Emirates last summer.

Arsenal also have a fight on their hands to finish in the top half of the Premier League. Not the top four, nor the top six, the top half. It’s a sorry state of affairs, really.

It would come as no surprise if Partey was discontented with the lack success forecasted in North London, and if Todo Fichajes are to be believed, he could get an opportunity to put things right.

The report claims that Arsenal are open to the idea of selling Partey back to Atletico this summer, just a year since they made a considerable investment to sign him in the first place.

Todo Fichajes do not believe that Atletico can afford to pay for Partey upfront, but a loan with an option to buy at a later date could see him return to Madrid ahead of next season.