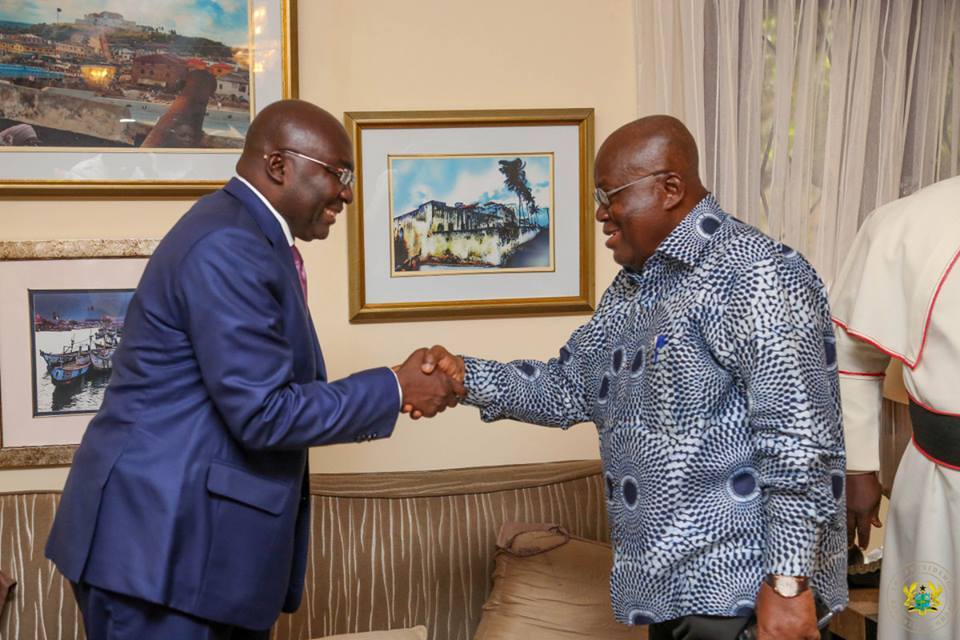 The Vice-President, Dr. Mahamudu Bawumia, has expressed his profound gratitude to the President of the Republic, Nana Addo Dankwa Akufo-Addo, for choosing him as running mate again ahead of the 2020 general elections.

He told party elders at NPP National Council meeting on Saturday, June 27, 2020, that he’s most honoured and privileged for being chosen to partner the former Attorney-General once again to stir the affairs of the country if re-elected info by the people of Ghana in the December 7 polls.

This follows official announcement by Akufo-Addo at the said meeting held at the Alisa Hotel in Accra that he’s selected Dr. Bawumia to partner him for the 2020 general elections

Dr. Bawumia commenting further on his nomination said it is important to note that his job as running mate is to support the President to implement his vision.

“I would like to state that I am most honoured, privileged and thankful that I have been chosen by the President to serve once again as his running mate. It is important to note that the best running mate in the world would not make a difference if the President is indecisive or incompetent. I’m thankful that in President Nana Akufo Addo, I have a strong decisive, incorruptible, and competent President to work for. All I can say now is that I’m whole-heartedly and in all humility, accept the nomination and I’m ready and prepared to serve. I say to President Akufo Addo, the NPP and Ghanaians that I’m reporting to duty as running mate to his Excellency President Akufo Addo, the current and Insha Allah the next President of Ghana”.