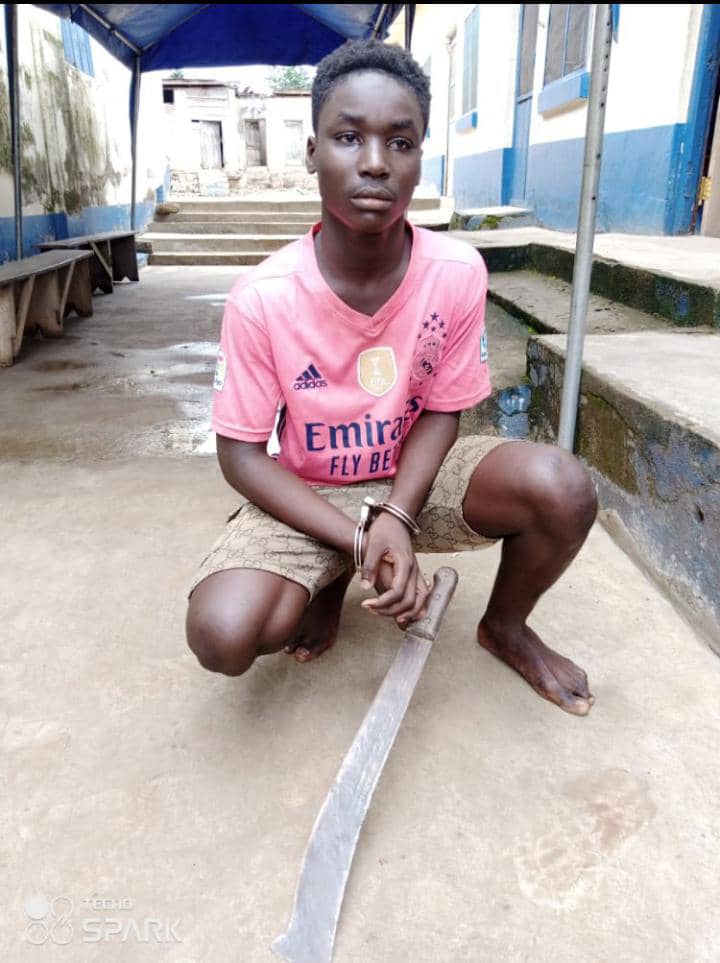 A notorious young armed robber, Emmanuel Addae, popularly known as Kofi Yesu, caught the attention of everyone when he broke in tears after a court sentenced him to 20-year jail term for butchering and robbing a 21-year-old woman, Irene Agyapong.

The Judge, Her Honour Mrs. Dorinda Smith Arthur, handed the sentence to the young man on Thursday, September 9, 2021.

Yesu, 19, has been terrorizing residents of Assin Fosu Habitat.

In May 2021, he butchered and robbed Ms. Agyapong, of her mobile phone and money when she was on her way home from work around 7pm.

Ms. Agyapong sustained various machete wounds on her nose and upper lips and in the process, lost some of her teeth.

He is confident that the 20-year jail term slapped on Yesu will serve as deterrent to other young men engaged in the act of armed robbery.