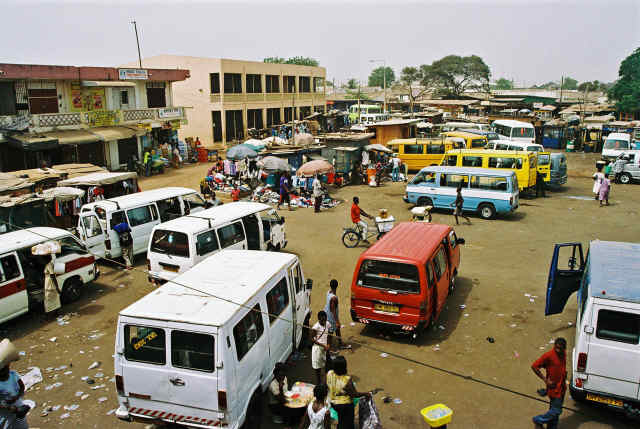 A joint Task Force has been set up to ensure compliance of existing transport fares while leadership of the Road Transport Operators continue its engagement with government to determine new fares following the introduction of new taxes on petroleum products.

The Task Force is made up of personnel from the Ghana Road Transport Coordinating Council (GRTCC), PROTOA and the Ghana Private Roads Transport Union (GPRTU) of TUC among others.

They will be working in collaboration with the security agencies to visit the various bus terminals in the country to ensure compliance of existing transport fares.

The formation of the Task Force was spurred by the recent announcement of a 20% increment in transport fares by some commercial road transport operators including the Truth Drivers Union, Concern Drivers Association and some others without recourse to the law and laid down principles.

Government, GPRTU, PROTOA, GRTCC and other recognized road transport operators have described the move illegal, urging the general public to disregard the purported increase in transport fares since they are still at the negotiation table to determine new transport fares that will be acceptable by all.

In a joint statement signed by the General Secretaries of the GPRTU of TUC, Ghana and GRTCC, Mr. Godfred Abulbire and Mr. Emmanuel Ohene Yeboah, and released in Accra on Tuesday, May 18, 2021, the Road Transport Operators are urging all its members not to engage in illegality by charging unapproved transport fares.

The statement also urged all Metropolitan, Municipal and District Administrations to ensure strict compliance of the existing fares.

“We wish to inform our members that we have not rested on our oars but have been in series of negotiations with stakeholders to determine an appropriate adjustment in the transport fares. When negotiations are concluded, we will inform Members and the general public accordingly”, the statement in part read.

It added “We are therefore by this statement, entreating all our members not to engage in the illegality. The Task Force will visit the various terminals to check compliance to this directive”.