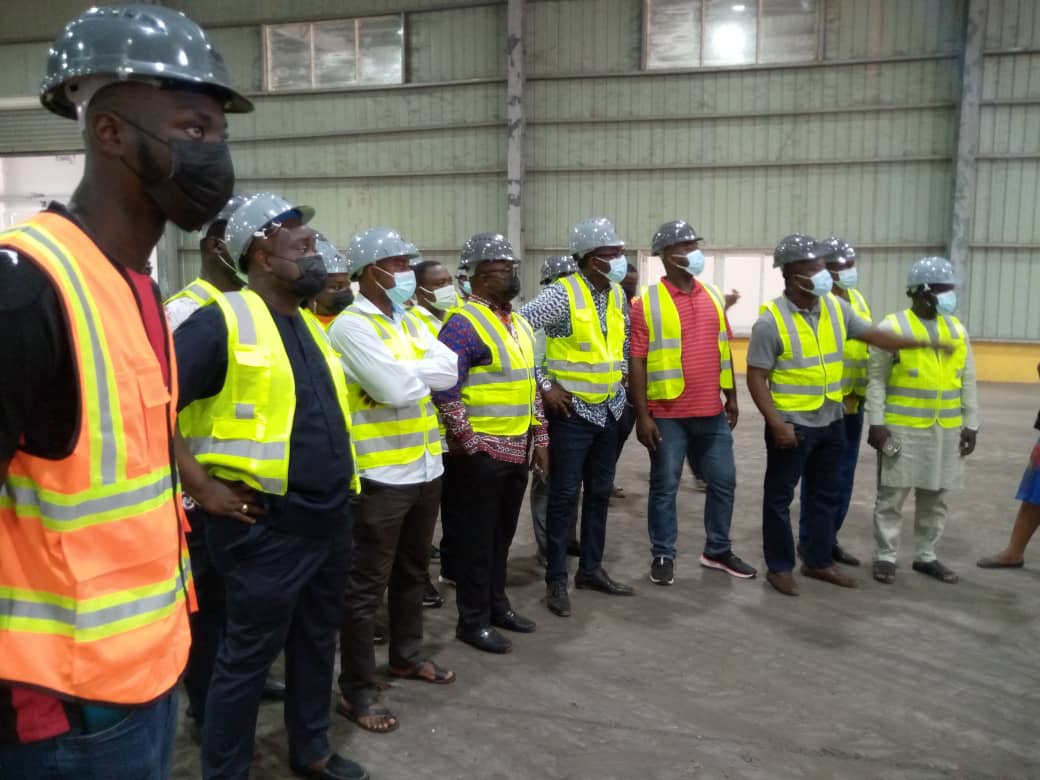 A cross-party group of Members of Parliament (MPs) has called on Ghanaians to continue supporting government to invest more in waste management to enable players in the sector provide a cleaner and safer environment for all to live in.

The recommendation came from the Parliamentary Select Committee on Works and Housing, which believes that a cleaner and safer environment will enhance productivity levels in all sectors of the economy and in general, impact positively on Ghana’s GDP.

Of particular interest, according to the group which was in the company of other Select Committees such as Finance, Environment, Science and Technology and Innovation, and Local Government, is an investment in multi-purpose waste treatment plant which has combined facilities such as an Integrated Recycling and Compost Plant (IRECOP), a Liquid Waste Treatment Plant, a Medical Waste Treatment Plant and a Residual Landfill Site as a well as a Training Centre.

Lack of funding and infrastructure

Management of solid and liquid waste is a major hindrance for the Ghanaian Government. Even though the country could boast of having the human resource in this endeavor, infrastructure and funding have been deficient in this regard.

The country has over decades been practicing open dumping and operating sanitary landfill sites with the latter being operated in major cities and managed by local assemblies.

These two, have in recent times, become a nuisance largely due to lack of funds and the capacity to manage them.

The law makers having visited the Oti Landfill site located in the Asokwa Municipal Assembly in the Ashanti Region, and which is being decommissioned and re-engineered were left with no option than to opt for a multi-purpose waste treatment plant, one of such facility they latter visited to have firsthand information on how it operates.

Their firm position on the recommended facility was largely hinged on the introduction of a Sanitation and Pollution Levy in the 2021 Budget Statement and Economic Policy of the Government.

Government has projected to generate GH₵900,000,000 from the Sanitation and Pollution Levy this year, out of which GH₵300,000,000 will be committed to funding projects in the waste management sector.

Sanitary landfills is a method of controlled or environmentally friendly disposal of municipal solid waste (refuse) on land. Under this method, waste is deposited in thin layers and promptly compacted by heavy machinery. Several layers of refuse are placed and compacted on top of each other to form a refuse cell. The compacted refuse cell is covered with a layer of compacted soil to prevent odours and windblown debris.

An integrated recycling and compost plant on the other hand is a multipurpose facility that has the capacity to process plastics into pellets and discover other materials such as paper and electronic waste among others and turn them into raw materials for industry use. The organic waste is then converted into a compost for agricultural and horticultural purposes.

The Chairman of the Select Committee on Works and Housing and MP for Atwima Mponua, Hon. Isaac Asiamah, in an interview with journalists on the sidelines of their visit to the Oti Landfill site on Thursday, April 15, 2021, said “this is my first visit to this place and I can see the real challenges confronting waste managers in this country. I am, particularly, happy that for some time now, we’ve really seen the involvement of the private sector in the management of waste. Let me commend at this point, Jospong Group of Companies for the wonderful effort they are putting in to ensure that Ghana will become clean and our cities, towns, communities and hamlets will become clean. We need to support such laudable initiatives from our own”.

He said now was the time the citizenry must be proud of themselves and encourage government to invest more into waste management, especially, in the area of infrastructure such a multi-purpose waste treatment plant by embracing the Sanitation and Pollution Levy.

He added “these waste treatment plants that are being built across the country, we are happy and proud that one day all that we are seeing can become more productive, useable and could be used for other purposes, especially in the area of agriculture among others”.

The Deputy Ranking Member of the Parliamentary Select Committee on Works and Housing and MP for Sawla-Tuna-Kalba, Hon. Andrews Dari Chiwitey, on his part said managing waste in the country is a collectively responsibility and urged the media to play a leading role by using their various platforms to educate the citizenry about what was required of them in protecting the environment.

“The media should raise awareness on how to manage waste, especially, the segregation aspect of it. Look at the landfill site and you will bear with me that it is so terrible. So, let people know that it is a priority because if we mess up our waste management system, it means that our health system will also be messed up”, he noted.