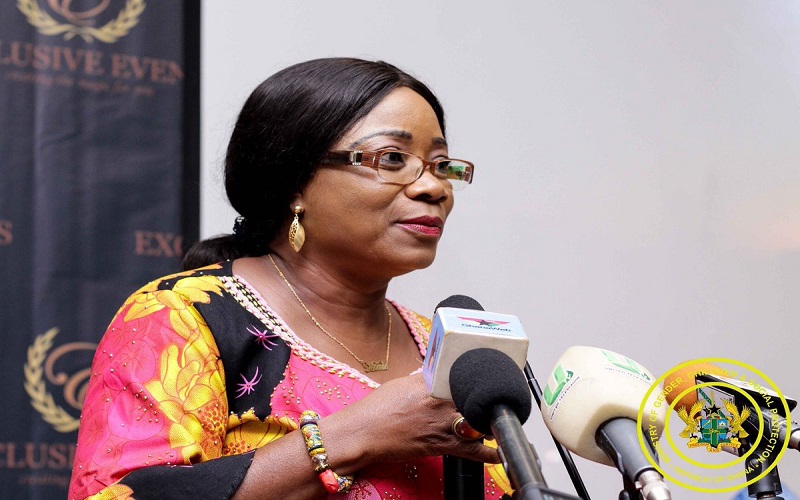 The Minister of Gender, Children and Social Protection, Cynthia Mamle Morrison, has made a passionate appeal to all media houses and social media outlets to stop circulating, showing and exposing the lady who overpowered a rapist by biting off his manhood when she came under attack.

A 24-year old woke up one day and found an armed robber who had removed her pant and had several bouts of sex with her after allegedly drugging her.

According the lady, she became conscious and asked the armed robber what he wanted. The armed robber she noted, replied that he came to steal from them.

Afraid of her dear life, she said she pleaded with the armed robber to spare her life and taka away whatever he wanted. It was at this time that the armed robber requested for a Blow Job so he could erect and have another round of sex with her before leaving.

To her, she saw an opportunity in the request of the armed and so granted him his request. In the process of giving the said armed robber the Blow Job he has requested for, Justina bit off his manhood. Pained by this ordeal, the armed robber also bit her back and took to his heels.

However, both met at the same hospital where she reported the matter to the Police for him to be arrested.

Ever since then, the lady’s story has caught the attention of the media and social commentators who have been interviewing her and airing and or circulating the story without protecting her by not showing her face to the viewing public.

This, however, has caught the attention of the Ministry of Gender, Children and Social Protection, with the sector Minister, pleading with the media and social media outlets to ensure to protect the lady.

“The Ministry of Gender, Children and Social Protection has observed with great concern the re-traumatization of the victim who survived alleged rape and assault in the hands of a robber whose manhood was bitten off as a result of continuous broadcasting of the issue and exposing her face by various media outlets. This will jeopardize her security, safety and the psycho social support being given to her by the Ministry of Gender, Children and Social Protection”, a statement released by the Ministry and signed by the sector minister in part read.

It added “In respect of her safety and healing processes, we kindly plead and request all media houses and social media outlets to stop the circulation, showing and exposing her face and identity. We therefore request that in future all media houses take note and avoid exposing victims’ identity. They should cover or blur the faces of victims to avoid re-traumatization and re-victimization of the victims”.