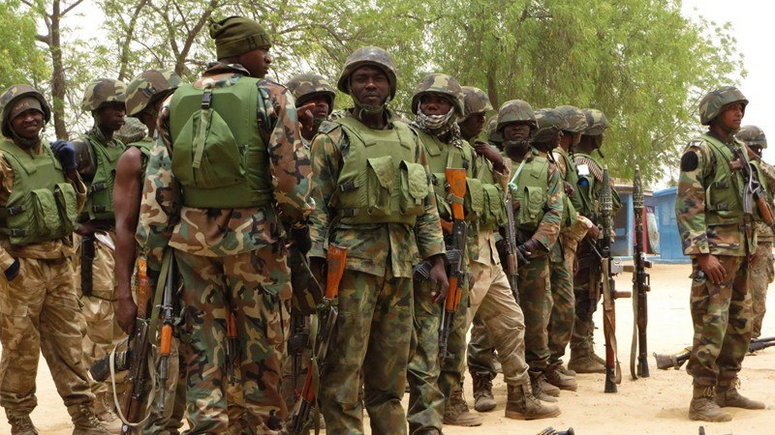 The President of the Republic, Nana Addo Dankwa Akufo-Addo, has said the deployment of some military personnel to the various border towns in the country is to ensure that its borders are well protected.

The exercise, he added, is not to prevent eligible Ghanaians from registering to vote in the December 2020 general elections.

“Let me state, without any form of equivocation that these deployments are not in any way intended to intimidate or prevent eligible Ghanaians from registering to vote in December. They are there for their express purpose, which is to guard our borders. That is the limit of their remit, and they will not be permitted to stray beyond that remit”, he noted in his address to the nation on Monday, June 29, 2020, ahead of the commencement of the voter registration exercise on Tuesday, June 30, 2020.

According to President Akufo-Addo, it is crucial that both the registration exercise and the electoral process itself be conducted in an atmosphere of peace and security, devoid of intimidation and violence.

Having been assured by the security agencies of their determination to carry out their duties without fear or favour, the President indicated that he had been encouraged by the recent reassurance by the Inspector General of Police that Police will be even-handed in their response to issues.

“The longstanding deployment of security personnel, especially the military, along our borders is another dimension of this process of guaranteeing the peace of the nation. Fellow Ghanaians, it is no secret that our neighbour to the north, Burkina Faso, has, in recent times, been at the receiving end of a number of terrorist attacks, as has another neighbour, Cote d’Ivoire,” he said.

To shore up our borders against such attacks, and to defend our nation’s territorial integrity, President Akufo-Addo stressed that the Armed Forces have been very proactive in engaging in operations to secure the country’s borders, and foil any potential terror attacks on Ghanaian soil.

“Operations such as ‘Conquered Fist’ and ‘Koudangou’ have been going along for some time, since 21st February 2019, to meet this objective. Deployments of soldiers in areas along our borders have been regular, and residents living in border towns will bear testimony to this,” he added.

Again, in the fight against COVID-19, it will be recalled that the President took the decision, on Saturday, March 21, 2020, to close all the country’s borders by land, air and sea, with the military assisting personnel of the Immigration Service to shore up the country’s eastern, western and northern borders

“This development, for example, during the period of the three-week lockdown of Accra, Tema, Kasoa and Kumasi, led to the arrest of some five thousand (5,000) persons along our borders, who had entered our country illegally. Indeed, the first six (6) recorded cases of COVID-19 in the Volta Region, for example, were those of West African nationals, who entered the country illegally,” he said.

President Akufo-Addo continued, “In total, two hundred and seven (207) soldiers have been deployed along the borders of the Upper East Region; one hundred and ten soldiers (110) in the Northern Region; one hundred and two (102) in the North East Region; ninety eight (98) in the Volta Region; seventy two (72) in the Oti Region; sixty-nine (69) in Upper West; sixty-four (64) in Bono Region; twenty-one (21) in Savannah Region; and fourteen (14) in the Western Region.”

Whilst being fully aware, like the military commanders, of the sensitivity of the deployments, the President was confident that sensitivity will be fully respected.

“I have no interest in disenfranchising any eligible Ghanaian from registering in tomorrow’s exercise, nor am I interested in any improper machinations to win any election. I have spent my life fighting for free, democratic institutions in our country, and I will continue in that fight for the rest of my life,” he said.

In concluding he reiterated that “the idea of being a President, who emerges from a rigged election, is abhorrent to every fibre of my being. I want to continue to be the President of a Ghanaian people who have given me their free consent, with the blessing of the Almighty.”