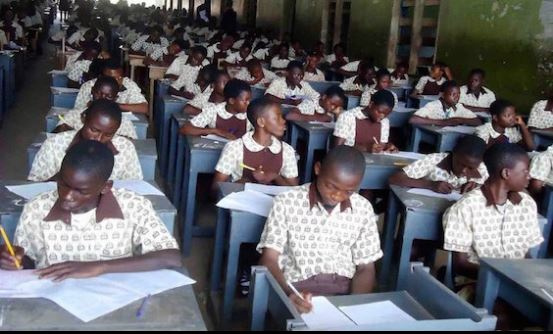 From Monday 21st September to Saturday 31st October, those who have just completed the BECE will be selecting the SHS they would like to attend.

It is important to understand how the placement in schools works.

Please pay attention if you have a child, ward or relative who is about to select his or her schools.

Following release of BECE results by WAEC, the placement process begins. Using the candidate’s aggregate from his or her four core subjects (English, Maths, Integrated Science and Social Studies) plus the two best grades from his or her elective subjects.

The vacancies declared earlier by each school are then fed into the CSSPS.

There are three modes by which placement is done under the CSSPS:

This is the process by which the CSSPS places the students by merit into one of their chosen schools in descending order. This is run automatically without any manual intervention.

For instance, if a student with aggregate 8 would otherwise get a place in school A but has chosen the more competitive boarding option and space is full because other candidates with a better aggregate have secured placement into the boarding house, then the system will not place him or her on day status in that school because the DAY option was not the candidate’s choice.

The system will move to their second choice school to attempt to get both their programme and residential choice. If unsuccessful, the system will proceed to their third choice and so on. The process is repeated until the student is placed.

Where a candidate has chosen a school both as boarding and as their compulsory day choice, if the system is unable to secure boarding space for him or her, it will then seek to place him or her on day basis in that school.

Where a school is oversubscribed for a particular programme by students with similar aggregates, a tie-breaking system is employed to determine the placement.

i. The number of Grade Ones

E.g. If 300 students with Aggregate Six are competing for Science in School A and there are only 120 science spaces available, the ranking will be done such that those with Nine Ones will gain admission, followed by those with Eight Ones, and so on.

If there is still a further need to break a tie, this will be done in descending order with respect to the raw scores obtained.

A further tie-breaking, where necessary, will then follow with respect to the core subjects;

For instance, if you choose the highly competitive science programme in OWASS and you miss out, you cannot come and ask for your programme to be changed to another programme at OWASS.

Sensitization of school heads and other education has been ongoing. Schools are to guide parents in turn. Plus media engagement will soon start.

Later today, we shall discuss the self-placement system, and then some do’s and dont’s with regard to the school selection process.

In some instances, a student may not be successful in a place at any of his/her school choices. Self-placement is a process that allows such candidates an opportunity to go into the CSSPS portal and select from schools with available vacancy.

i. Only Schools with available vacancies will be displayed on the portal.

ii. Schools with vacancies will be displayed for candidates to choose based on their aggregate.

iii. Schools shown will have their location and residential options available

iv. Candidates can change schools as many times as possible depending on available spaces. The opportunity to change CEASES immediately the candidate enrols in a school.

Candidate will log into the system using their index number

a. If a candidate selects boarding, all schools with boarding vacancies will be displayed.

b. If a candidate selects day, then there will be a drop down menu for the candidate to select;

i. Day within catchment area or

c. Day within catchment area displays only schools with day vacancy within 16km of the JHS that the candidate attended.

Before day outside catchment area is effected; the candidate must confirm again if they intend to attend school outside their catchment area as a day student.

Candidate is also able to select their preferred programme.

Once they confirm from the list of available schools that meet their preferences, they are then placed in the school by the system and can print out the placement sheet and go to the school to enrol.

At all times, therefore, the candidate is in full control of where he or she chooses to place himself. In many cases, candidates leave the self-placement process to internet cafe attendants, who then selects a school without recourse to the candidate. The candidate then rushes to Independence Square to complain that the system has placed him or her to Mpraeso or Atebubu when s/he lives in Nungua, and with an attentive media looking for scoops, this is a perfect story of CSSPS incompetence. You push the candidate or parent and s/he admits it was given to a cafe attendant to process and they left the cafe and came back later.

MORAL: Do not outsource self-placement to cafe attendants. Follow/supervise the process.

Candidates who miss out on all their choices can still have the opportunity to select schools with vacancies available through the Self-placement process described earlier.

2. Can a candidate with good grades miss out on their first, second or all of their choices?

YES. All spaces in the schools are competitively filled taking into consideration the available spaces in the school (ie. Preferred residential status and program of choice). Hence, qualified candidates are ranked from the highest score to the lowest and it will cut off when the spaces are exhausted.

They are then moved to the next school of choice to compete for space there, and the process continues further down the chain.

There is protocol system that allocates 5% of a school’s declared spaces to the school for its onward allocation to its stakeholders. It is therefore possible for the child of an old student or a staff member of a school to get admission ahead of another child seeking admission at the same school. Other stakeholders include the missions and the traditional seats of the relevant school.

Talented children such as sports boys/girls may also be considered by a school for some of its protocol slots. Similarly, 30% of spaces in the country’s top 55 schools have been reserved for candidates from public JHS. As such, candidates from public basic schools across the country compete for the 30% space. Hence, the competition for the 60% is different from the competition for the 30%.

5. Is it possible for someone who didn’t choose a particular school get placed into that school?

NO. It is not possible during the automatic placement process. However, a candidate can get placement into a school through protocol.

6. Can a person change school after enrolment?

No. Placement process ends once a candidate begins the admission process by going to the school to complete the relevant form. Any movement from one school to another after enrolment is considered a transfer. A student can only transfer after one academic year.

7. Can a person change residential status or program after placement?

8. Can I change a school I selected through self-placement?

9. I selected and was placed in a school that was on my list of school choices. Can I change school?

NO. You cannot change to another school, if the school was part of your five choices.

10. can I be enrolled into a school when I or my Rep. is not present?

11. I was enrolled in a school but my name can no longer be found on their system. What can be done?

If indeed a candidate was enrolled in a particular school but the details can no longer be found on the school’s system, the head of school will formally report to the appropriate office for redress. Students should not be sent home.

12. The head of the school I want my child/ward to go to says there is space in the school? Can the child be placed there on this basis?

NO. Schools have established ways of communicating to authorities. Placement is done on the basis of the vacancies declared by the schools. Once those vacancies have been filled by the CSSPS in that school, we are unable to do any further placements in the school.