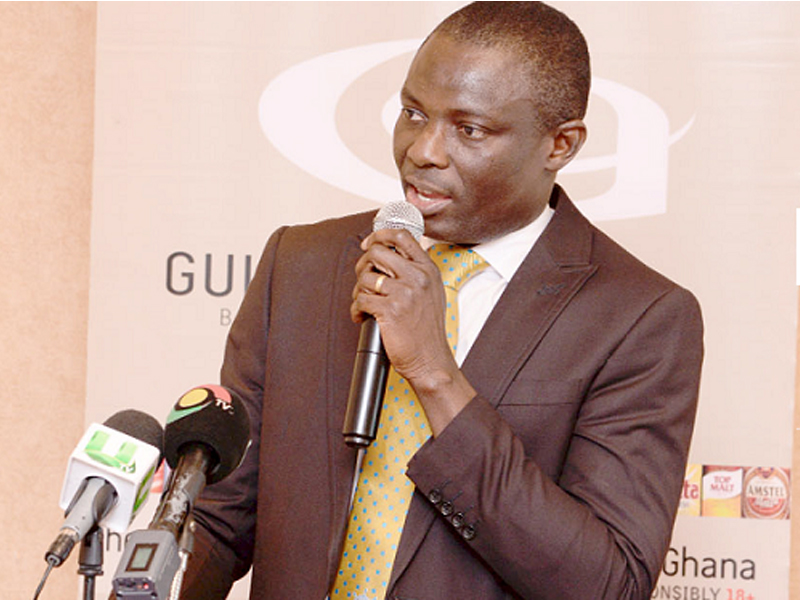 The Chairman of the Finance Committee of Parliament, Kwaku Kwarteng, has said that Ghana will hit ground zero if the 2022 Budget Statement and Economic Policy of Government is not approved, warning that the consequences will not be palatable for the citizenry.

According to him, the choice of debating the motion for the approval of the 2022 Budget Statement and Economic Policy of Government will either be to approve it for it to become the foundation upon which Parliament could consider the individual request for revenue mobilization measures and resource allocations that government is seeking for or to reject the budget for government to start the process afresh.

A rejection of the 2022 Budget, he noted, will come with negative implications which will affect everybody in the country.

Furthermore, government will not be able to honour its international obligations.

“If we don’t approve the budget and by the 1st of January, 2022, there is no approved Appropriation, Public Sector workers cannot be paid, Government cannot honour its international obligations and we will throw this country into chaos. Let those saying we should reject the budget repent from what they are thinking about”, he noted when he stood up on the floor of Parliament to second the motion for the approval of the 2022 Budget Statement and Economic Policy of the Government which was moved in the House on Wednesday, November 17, 2021, by the Minister of Finance, Ken Ofori Atta.

Putting up a spirited argument for total support in approving the 2022 Budget, Mr. Kwarteng, who is a former deputy Minister of Finance, said Ghana has suffered a lot because of the huge gap between its revenue mobilization and expenditures, stressing that now was the time to bridge that gap as the 2022 Budget “is seeking to do exactly that”.

To the Obuasi West NPP lawmaker, since 2006, the gap between the country’s revenue mobilization and expenditures continue to be widening, a development he attributed to lack of bold initiatives by successive governments to address the challenge.

For instance, he said in 2006, for every GH₵100.00 collected for both tax and non-tax revenue, GH₵15.00 is used to pay interest on the loans the country has contracted.

In 2007, the amount used in paying interest on the loans contracted by the country went up by, with the country recording GH₵12.00 for the payment of interest out of every GH₵100.00 revenue collected.

In 2008, the story was not different as out of every GH₵100.00 revenue collected, GH₵14.00 is used to service interest on the loans contracted.

In 2012 getting to the close of the President Mills administration, out of every GH₵100.00 revenue mobilized, GH₵16.00 was used to pay interest on the loans the country had borrowed.

“By 2016, when the Mahama administration was leaving office, for every GH₵100.00 collected as revenue, we were now using GH₵33.00 to finance our interest. I am painting this picture to let us understand the problem this budget is seeking to deal with and to urge you all to approve it”, he noted.

He said as a result of the COVID-19 pandemic which virtually shut down the global economy with Ghana not being left out, all the revenue projections the country made could not be materialized and had to borrow again to meet expenditure.

As a result of this, in 2020, for every GH₵100.00 revenue collected, GH₵45.00 was used to service interest on the loans the country had borrowed.

He said although the year has not ended, indications are that Ghana is likely to spend GH₵47.00 as payment of interest on every GH₵100.00 revenue collected.

The trend he noted, cannot be allowed to continue since it is not sustainable.

No meat down the bone again

With the economy facing the chronic difficulty of not being able to bridge the gap between revenue and expenditure, Mr. Kwarteng referenced a statement former President Mahama made in 2013 when he went to Parliament and told Members that “the meat was now down to the bone”, a statement he noted, will be the opposite when the 2022 Budget was approved.

The 2022 Budget, he added, has outlined some measures to deal with the rising expenditure rate against revenues mobilized.

For example, he said Government has in the budget, initiated a measure which seeks to move the country away from sole sourcing to more competitive tendering contracts as well as improving efficiency of public sector project financing by tackling the value for money regime of government projects in accordance with the law.

“This is an expenditure control intervention that we support”, he added.

That notwithstanding, the Chairman of the Finance Committee of Parliament said Government again was seeking to apply GIFMIX to cut down unauthorized commitments as well as cut back on the exemptions they give in order to mobilize more revenue to meet its expenditure.

In concluding, he urged Parliament as a House to also lead by example and move away from sole sourcing contracts it has been awarding over the years.

“I wish the leadership of Parliament can cut cost as Ghana seeks to bridge the gap between our revenues and expenditures. Parliament should not just oversight the Executive, we must lead by example”.