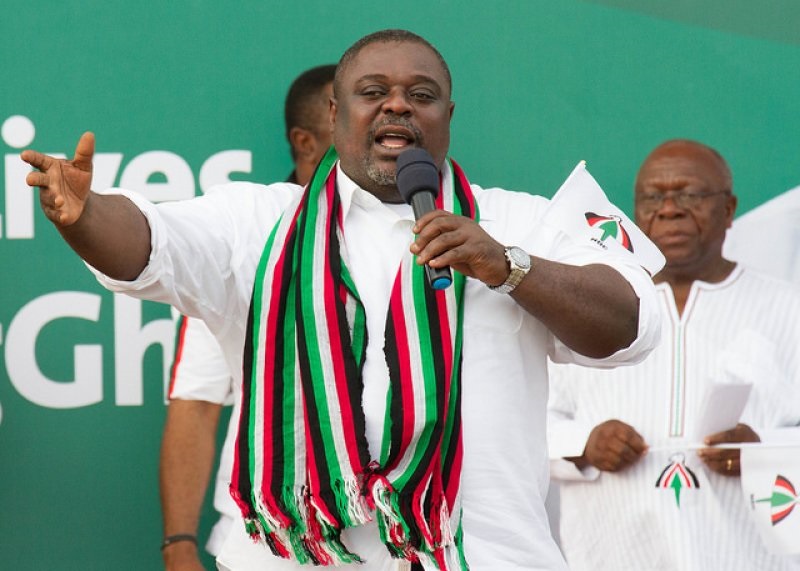 Former Deputy General Secretary of the opposition National Democratic Congress(NDC) Koku Anyidoho has called the bluff of the party following its decision to suspend him indefinitely.

The NDC in a letter signed by the General Secretary of the party, Johnson Asiedu Nketiah addressed to Mr Anyidoho, dated 8 February 2021, disclosed that the decision to suspend the latter was reached based on two separate petitions to the party by two registered members of the party.

“At the end of its deliberations, the following decisions were taken in accordance with articles 46 (I), 46(6) and 46 (8)(b) of the Party’s Constitution.

“You are therefore by this letter to take note, and notice is hereby given, that your membership of the NDC is suspended pending the hearing and final determination of the petition against your conduct,” the letter read.

But speaking in an interview with Okay FM on Monday monitored by Kasapafmonline.com, Mr. Anyidoho who claimed he’s not received official communication over his suspension stressed that he cannot be pushed out of the NDC party.

“Let me state unequivocally, nobody, nobody can kick me out of the NDC, let anybody dare push me out of the NDC and we’ll see what will happen. Anybody who’s attempting is bluffing…they are just bluffing. I’ve not received any letter I say they are bluffing. All I’m saying is that I will not destroy the NDC, in the same way we’ll work hard to ensure that the legacy of late Presidents Mills and Rawlins and all the cadres who have suffered will not be in vain. NDC shall not die, NPP will not die, CPP will not die, the democracy of Ghana will not die and Ghana will not die. Me Koku Anyidoho, where I am now, my sole duty is to ensure that the Republic of Ghana does not die, that’s all,” the former Director of Communications at the Presidency during the Atta Mills administration stated.