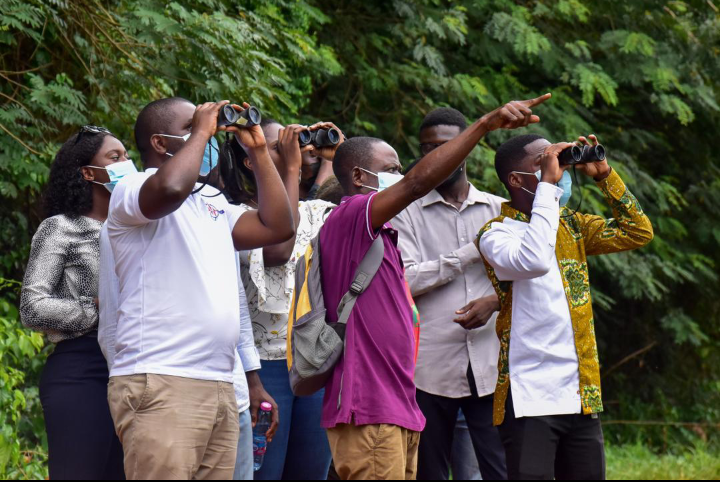 The former Deputy Ambassador to China, Dr Charles Dwamena, who is popularly known as Dr China, visited the Owabi Ramsar site with a group of TESCON students for a bird viewing exercise as part of activities marking the 2021 UN Migratory Bird Day.

In his address to the gathering, Dr Dwamena highlighted the need for all to prioritize environmental protection as it is at the core of the very existence of humans.

The Park Manager, Madam Patience thanked Dr Dwamena for the visit and called for a concerted effort to fight encroachment on the Ramsar site. The park officials further disclosed that a good number of the numerous species of birds that were living at the sanctuary have relocated due to the activities of encroachers leaving only about 30 species.

Hon Klinsman Karikari Mensa, an Assembly Member of the Ejisu Municipal Assembly, who was part of the team, expressed joy at the trip and pledged to be an advocate of environmental protection among his colleague Assembly Members.

The TESCON students, drawn from various institutions in the Ashanti region, expressed their appreciation to Dr Dwamena for selecting them to embark on such an insightful trip and pledged to start a social media campaign to create more awareness on the need to protect their environment.