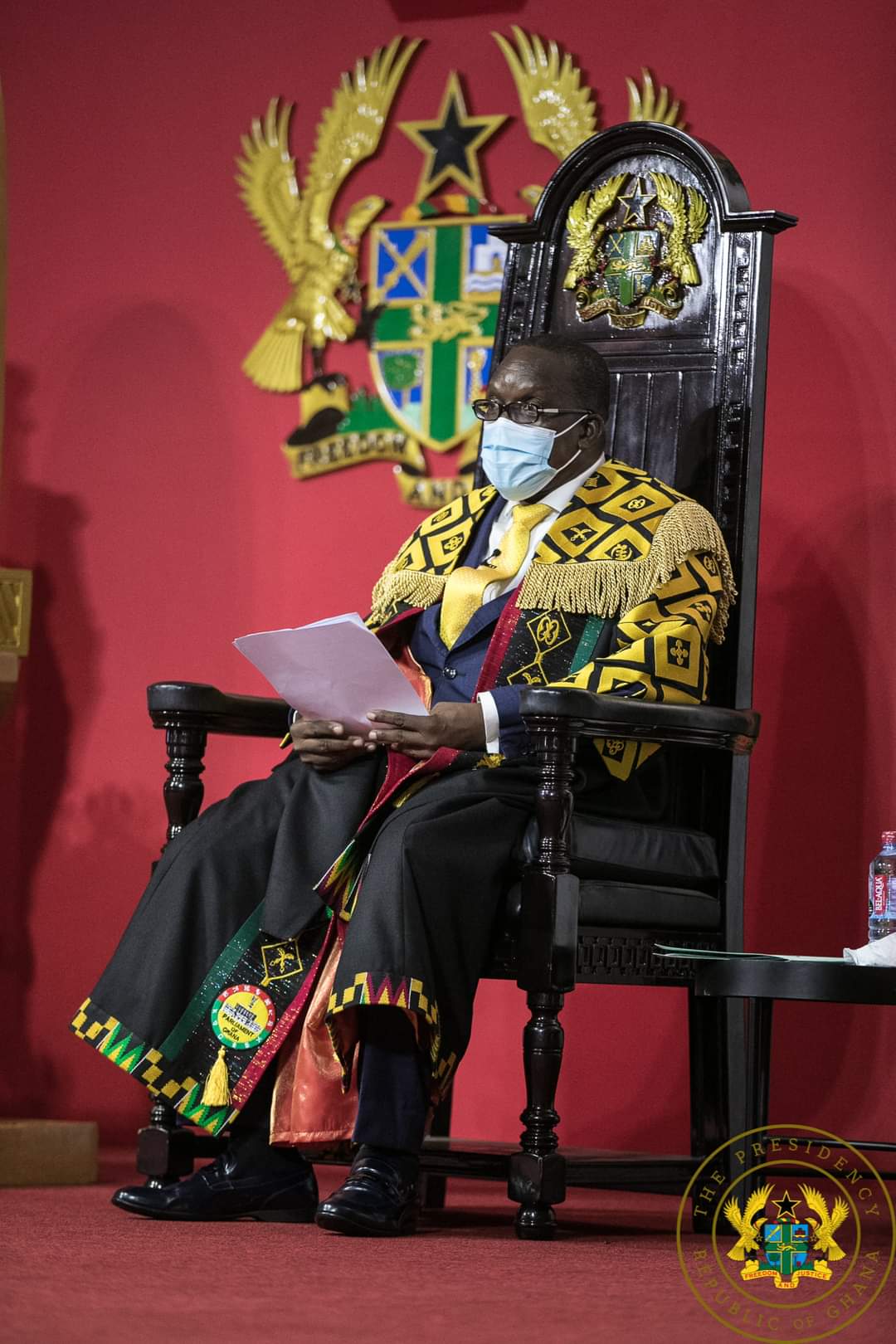 The Speaker of Parliament, Rt. Hon. Alban Sumana Kingsford Bagbin, has assured that the legislature under his leadership, would no longer be an afterthought in the scheme of governance in the country.

Speaking at a three-day orientation and induction seminar for Members of Parliament (MPs) at Ada, in the Greater Accra Region on Saturday, February 27, 2021, Rt. Hon. Bagbin stated that whilst continuing with the transformational agenda started by the previous parliaments, the 8th Parliament has no option than to lead the people to build and develop an open, bi-partisan, inclusive, effective and responsive Parliament.

“Under my leadership, Parliament will no longer be an afterthought or footnote in the scheme of governance in the country,” he said.

The unassuming politician, who many describe as an independent thinker, assured the MPs that he would ensure a seamless flow of debate in the august House, adding that, he would be guided only by purposive adherence to establish Parliamentary practice, rule of procedure, etiquette, decency, decorum and good conscience.

“It is important for all of us to have a clear understanding of the Standing Orders (S.O) of Parliament”, he urged MPs of the 8th Parliament.

According to Rt. Hon. Alban Bagbin, Ghanaians should be proud that a stable Parliamentary democracy has come to stay in Ghana and that the 4th Republican Parliament has proven the most enduring in Ghana’s democratic history.

“Having experienced eight successful Presidential and Parliamentary elections resulting in three smooth transfers of political power from one party to another, Ghana can confidently claim to be a beacon of democracy in Africa. Inheriting such an enviable legacy, the 8th parliament of the 4th Republic must endeavor to lead Ghanaians to not only consolidate and entrench democratic practices and culture in the country, but also move our democracy an octave higher,” he noted.

He told the MPs that they cannot afford to fail, giving the circumstance in which, the 8th Parliament finds itself.

He further stated that, the circumstance has showcase Ghana to the world, the rich beauty of Ghana’s culture and democracy, which accommodate diversity and divergence and that the current composition of the House gives Ghanaians the opportunity to demonstrate unity in diversity.

Commenting further, Rt. Hon. Alban Sumana Bagbin, said “let me emphasize the uniqueness of the 8th Parliament of the 4th Republic. This should not be lost on any of us. The tolerance of Ghanaians of unbridled and unashamed partisanship is reaching its breaking point. The earlier we respond appropriately to that tipping edge, the better for multiparty Parliamentary democracy in Ghana and the African continent. What Ghanaians and of cause, all Africans are looking forward to, are the democratic dividends of peace, justice, freedom and quality of life, not destructive partisanship”.