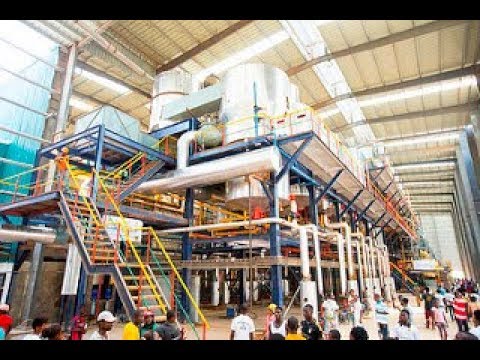 The Ministry of Trade and Industry has signed an agreement with Park Agrotech Ghana Limited, a company incorporated in Ghana and operating in the agribusiness sector to operate the defunct Komenda Sugar Factory, the sector Minister John Alan Kyerematen has said.

This follows the successful completion of the bid evaluation process by the transaction advisor and a recommendation made for the consideration by the Ministry and Cabinet after identification of a strategic investor with the requisite technical and financial capacity to operate the factory efficiently and profitably, he stressed.

According to Alan Kyerematen, the company will be working in partnership with STM Projects Limited, an Indian based company with an extensive experience in the management and operations of sugar mills and plantations in both India and other parts of the world.

Under the Agreement, Park Agrotech Ghana Limited will invest USD 28 million over the first three years in capital expenditure and working capital including paying an annual concession fee of USD 3.3 million for a period of fifteen years, the Minister further added.

Mr Kyerematen made this disclosure in an answer to a question asked him in Parliament on Wednesday morning by the Member for Chereponi Hon. Samuel A. Jabanyite who sought to know the current status of the factory and efforts being made to operationalise it.

He said the Agreement will be effective upon completion of conditions precedent which will include the approval by Parliament which documentation will be brought to the House in due course.

He said the approval of the Sugar policy by Cabinet in October 2019 after a series of extensive consultations in October last year paved the way for the concessionaire to be formally introduced to the chiefs and elders of the Komenda Traditional Area in November 2019.

Hon. Kyetematen envisaged that the company, Park Agrotech will begin a comprehensive programme of action to bring the factory to life as soon as restrictions on all foreign travels from the COVID-19 pandemic is lifted and all relevant approvals have been secured.