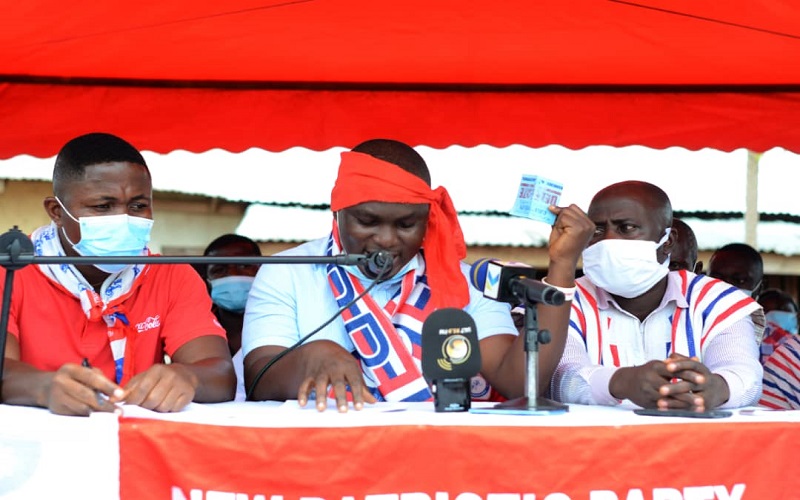 145 New Patriotic Party (NPP) polling station executives in the Asante Akyem North constituency are up in arms with their constituency executives and their Member of Parliament (MP), Andy Appiah Kubi, for deliberately deleting their names from the delegates’ album expected to be used in the party’s parliamentary primaries slated for Saturday, June 20, 2020.

They contend that they do not have any clue what occasioned the deletion of their names from the party’s voters’ roll, and in the process, going to be disenfranchised in Saturday’s internal elections of the party.

They have therefore called on the National Executives of the elephant family to revert the anomaly for peace to prevail in the parliamentary primaries in the constituency since the blatant disregard for the party’s constitution and its dictates is very alarming.

“What they have done is very dangerous since as duly elected delegates, we have every right to protect our office and our party’s constitution, hence, it is our resolve to resist this attempt to disenfranchise us even with the last drop of our blood”, the group told journalists at a press conference on Monday, June 15, 2020. 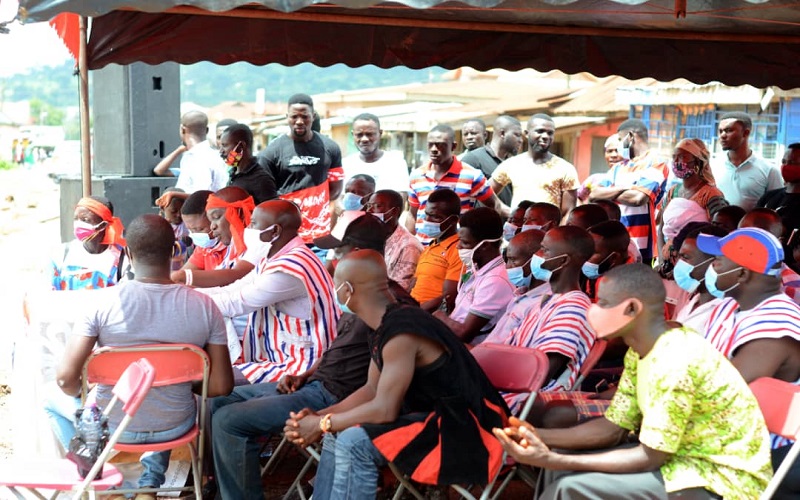 Below is the full statement as read out by the aggrieved polling station executives:

Invited press, ladies and gentlemen, we are gathered here today as New Patriotic Party polling station executives (delegates) to register our displeasure and voice out our resentment on the exclusion from the Asante Akyem North delegates album of one hundred and forty five (145) polling station executives by our constituency Executives Committee thereby disenfranchising us from casting our votes in the parliamentary primaries slated for this Saturday, 20th June 2020.

As polling station executives in the Asante Akyem North Constituency, we were elected on the 18th of January 2018 in an election supervised by Opoku Mensah, popularly referred to as OMENS who happens to be the current head of the National Service in the Ashanti region to serve for a period of four years. Our mandate as polling station executives requires of us to take part in the election of our constituency executives, as we did to elect the current constituency executives at Domeabra on 24th February, 2018 and also the parliamentary candidate who will lead our great party in the 2020 General elections.

We are saddened to announce that having exercise our first mandate, that is, participating in the elections that brought our current constituency executives into office, and currently preparing to cast our votes in an election that will determine who becomes the NPP’s Parliamentary candidate in our constituency, one hundred and forty five polling station executives have been removed from the delegates album and replaced by people who are alien to our respective polling stations.

Some of us got a hint of this undemocratic act when we were deliberately denied our Christmas packages from our party by our constituency executives. Enquiries were made and we followed up to the Constituency Chairman’s house, Mr. Sampson Agyei of which he confirmed to us that he has removed our names from constituency delegates album because according to him, it is his right to do that as a constituency chairman. He also confirmed to Kessben FM in an interview he granted that he has suspended 200 delegates from the party without inviting them to any Disciplinary committee. Our suspicion was confirmed when the delegate album to be used for the primaries was given to one of the aspirants by our National executives and our names, duly confirmed as expunged and replaced.

Invited Press, Ladies and Gentlemen, it is a shame that our constituency executives in the Asante Akyem North Constituency will resort to this crude and undemocratic acts which is alien to the democratic principles and basis upon which the foundations of our great party was built.

Our party’s regulations (point no.34) concerning the conduct of the Parliamentary elections scheduled for 20th June, 2020 is explicit on the kind of people who are supposed to take part.

“The Photo Album/Register which was used to elect the Constituency Executives in February 2018, SHALL be the same album that will be made available to the National Parliamentary Vetting Committee (NPVC) and the Electoral Commission of Ghana for the conduct of the Parliamentary primaries”.

The question we are asking as affected delegates is, why the variance in the directives as given by our General Secretary with regards to the use of the Photo Album/Register in our constituency?

What we are witnessing today is an attempt by our constituency executives and our current Member of Parliament, Andy Appiah Kubi to destroy the party’s foundation thereby dwindling the electoral fortunes of our party in future elections.

Frederick Dzimado, the secretary has his name removed and replaced with Theresah Okai who also happens to be a registered voter at Court house polling station Juansa with F280201 as its polling station code.

Frank Yevor, the organizer has been removed and replaced with Naomi Asiedu who is a registered voter at the Roman Catholic Church Juansa with polling station code F280102.

Christian Dzimado Lisa, the youth organizer has been removed and replaced with Kwadwo Paul who is a registered voter at the M D C CHURCH AGOGO with F280701B as the polling station code.

Awoyo S. wonder, the women organizer’s name has been removed and replaced with Ofori Christiana who is a registered voter at the OLD METH CHURCH AGOGO with F280902A as the polling station code.

Press present, ladies and gentlemen, this is just an example of the numerous illegality committed by our constituency executives. Does our constituency executives and our Member of Parliament have the interest of the greater NPP at heart? How can a known NDC activist Pellas Gyasi Herve who is also a branch executive of the National Democratic Congress (NDC), be made a polling station executive at the Temporary Booth polling station Kwadwamena, in the NPP?

The blatant disregard for the party’s constitution and its dictates is very alarming and we are calling on our National executives to call our constituency executive officers into order.

We are calling on our National executives to revert this anomaly for peace to prevail in the parliamentary primaries.

What they have done is very dangerous since as duly elected delegates, we have every right to protect our office and our party’s constitution hence it is our resolve to resist this attempt  to disenfranchise us even with the last drop of our blood.

We are also respectfully calling on Nananom in the Asante Akyem North enclave to as a matter of urgency come in to avert this impending calamity come the 20th of June 2020.

The ‘Kumi preko’ demonstrations  in the 90s led by no other person than our President Nana Akufo Addo has thought  members of the NPP to resist all forms of Non Democratic and dictatorial tendencies with all our might and so will we do!