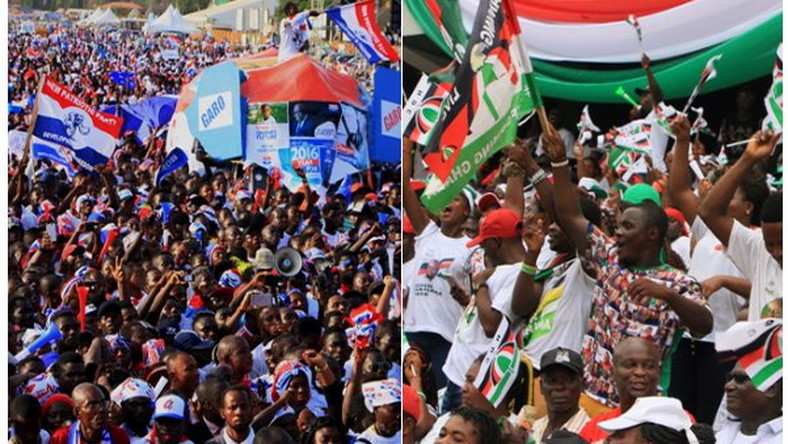 The Coalition of Domestic Election Observers (CODEO) reports that campaigning activities of the governing New Patriotic Party (NPP) and that of the main opposition National Democratic Congress (NDC) remain more visible than the other political parties with barely a month to the December 7 general elections.

In its second pre-election environment observation report released in Accra on Tuesday, November 10, 2020, CODEO said there was little visibility of the campaigning activities by other political parties.

The report however, did not tell what has accounted for the little visibility of the other political parties.

Considering the intensification of the campaigning activities of the NPP and the NDC, three issues; education, unemployment and the economy, were the focal policy issues in their campaign messages.

The intensification of the campaign activities of both NPP and NDC, also came with it incidents of the use of abusive or inflammatory language, destruction or removal of party/candidate paraphernalia and election-related violence despite a generally-peaceful electoral environment during the period under review.

“For instance, there was a violent clash between supporters of the NDC and the NPP at the district office of the EC in the Pru West Constituency of the Bono East region during the voter transfer exercise by the EC. This clash allegedly resulted in five people being seriously injured. In another incident on October 5, 2020 at Adjaraja Beposo in the same Constituency (Pru West), some supporters of the NPP allegedly prevented the NDC from having a campaign activity in the town. This resulted in a clash between the supporters of the two parties, leaving some wounded”, the CODEO report in part read.

It added “On Sunday October 25, 2020, it was alleged that, a courtesy call on some chiefs and elders in the Banda constituency by the Banda NPP parliamentary candidate was hindered by some youth in Banda Ahenkro in the Bono region. In reaction to the incident, some youth believed to be affiliated with the NPP allegedly vowed not to allow the NDC to campaign in areas believed to be the stronghold of NPP in the Banda Constituency. At the Odododiodio Constituency in the Greater Accra Region, scores of persons were reported to have suffered varying degrees of injuries after a clash between supporters of the NDC and the NPP”.