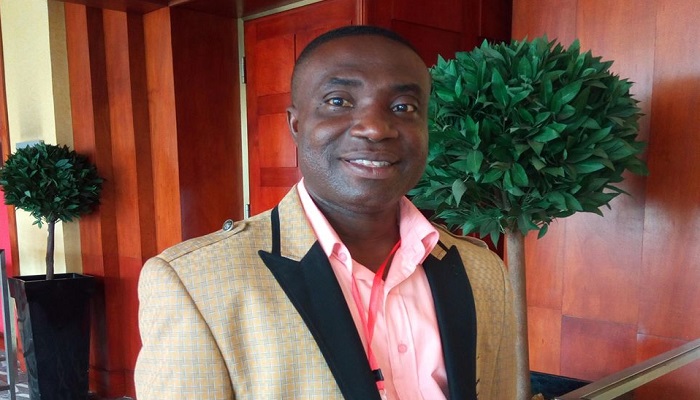 Some residents of Mpohor have taken over the last lap campaign of their Member of Parliament (MP), Hon. Alex Agyekum, as they move from door-to-door, shop-to-shop and office-to-office, to lobby delegates of the New Patriotic Party (NPP) in the constituency to give their law maker another chance to represent the party in the 2020 parliamentary elections.

In the view of the residents, they are not prepared for any “try and error” candidate who will either stall or derail the progress of the constituency, believing that their MP must be retained to continue with his good works.

“I know most of the delegates in about four electoral areas and I have even started going to them one-on-one telling them not to look at their own personal interest but that of the constituency as a whole and vote massively to retain Hon. Agyekum. Developmental projects this constituency has witnessed over the past seven years is unprecedented. Looking at things, our MP’s lobbying skills is unmatched and that is why the delegates must retain him for us to benefit more. I think he is much closer to the President which is a very good news for us”, a resident at Adum Banso, who gave his name only as Archer told this web portal in an interview.

Another resident at Ayiem, Ante Regina, said it was about time residents in the area make their voices to be heard in the internal elections of the NPP.

According to her, ever since the NPP selected Hon. Alex Agyekum and his subsequent election into office by the people in 2012, he has worked to deliver most of their needs in the area of education, health, enhanced telecommunication systems and social infrastructure.

What is even enthralling to her is the extension of electricity to light up underprivileged communities, urging all delegates in those areas to show their appreciation through the ballot on Saturday, June 20, 2020, when the NPP goes to the polls to elect their parliamentary candidates for the 2020 parliamentary elections.

The polling station chairman of the area, Edmund Quayson and a former Council of Elders member of the NPP in the Mpohor constituency, Madam Mary Kwofie, are both stunned by various development projects in their community. They told this web portal that ever since they joined the NPP, it is only under the tenure of Hon. Agyekum and the DCE of the area, Mr. Ansaah Mensah, that Ayiem has seen rapid development.

Madam Kwofie, particularly, told delegates to be careful with people who suddenly are dishing out spraying machines and money for votes.

At Botogyina, one Mr. Sackey, who is the polling station chairman of that area was so grateful to the MP for providing the community with a 22-seater Water Closet toilet facility. That facility is yet to be commissioned.

Another resident, Mary Asare, who lives closer to the Mpohor Senior High School and witnessed the recent handing over of a Science Resource Center (Laboratory) to the school by the MP said she is going to suspend her trading activities and campaign for the incumbent lawmaker to be retained by the NPP.

Not only her, the entire people of Mpohor, the district capital, are in a state of disbelief when Justmore Construction Limited took over the Apowa-Mpohor-Benso road which has been abandoned for the past two years JPP Construction Limited. They are full of praise for the lobbying skills of their MP with an elder of the town, Kyeame Kwasi personally going round and appealing to delegates to retain the MP for four more years to do more.

At Adanse, the NPP Area Coordinator, Nyamekye Bukuro and one Mr. Appiah Jesse lauded Hon. Agyekum for the developmental projects he has initiated for the community apart from the connecting them to the national grid.

There is an ongoing KG project which residents say is very critical to their developmental needs as far as education is concerned. Same project has been awarded and the contractor, this web portal understands, is mobilizing to begin at the end of the month in Adanse.

“This is the first time we are witnessing such massive projects in our constituency”, noted Mr. Vasco Ennu, the NPP polling station chairman of the area.

The construction of a six-unit classroom block, a library and an office complex which is at roofing level has the entire Wiredukrom agog with polling station executives in that area, Alhaji Sullymana Adams, Sully Enyan, Evelyn and George Larbi all expressing their gratitude to their MP for responding to their needs.

The NPP goes to the polls on Saturday, June 20, 2020, to elect candidates who will represent the party in the 2020 parliamentary elections.

In the Mpohor Constituency, the incumbent, Hon. Alex Agyekum will be competing with John Kobina Abbam Aboah Sanie for the party’s parliamentary slot.

Not much is known about Mr. Aboah Sanie. However, some people familiar with him say he is a no match to the incumbent having done little to impact on the party in the constituency.

Hon. Agyekum on the other hand, according to some party faithful, is a tried and tested candidate who when given the opportunity to serve again will accelerate the level of progress made by the constituency over the last seven and half years.