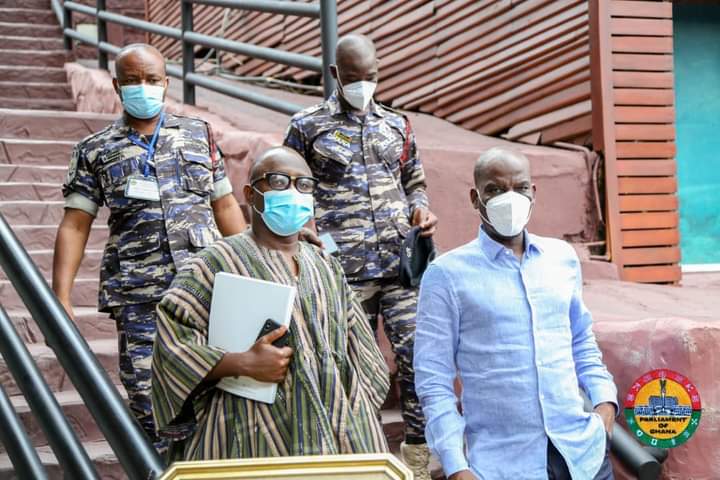 Undetermined minimum and public sector wages in the 2021 Budget Statement and Economic Policy of the government may cause so much agitations among the labour front in the coming days, the Minority Leader, Hon. Haruna Iddrisu has warned.

Having superintended over labour issues of public sector workers as a Minister of Employment and Labour Relations before, the Tamale South legislator has called for immediate measures to be implemented to address the challenge at hand.

Failure to heed to the call, he noted, may result in series of demonstrations against the government by public sector workers.

That one of the major things that was missing in this budget and since 2014 that has been the practice – the workers of Ghana do not know what their faith is in this 2021 budget because minimum wage and public sector wages have not been determined and conclusively be negotiated and determined.

So, whatever governments will have as compensation budget, it is likely to grow and it is likely to erode any gains that may be made. And that is why advisably since 2014, it has always been a practice that we conclude the negotiations so that workers of Ghana will not be asking where – are we in this budget? What provisions have been made in this budget for us?”, he quizzed.

Hon. Iddrisu made this observation on Sunday, March 14, 2021, when addressing Members of the 8th Parliament at a two-day post-budget workshop being organized for them at Ho, capital of the Volta Region.

The event follows the presentation of the 2021 Budget Statement and Economic Policy of the government presented to the House by the caretaker Minister of Finance, Hon. Osei Kyei-Mensah-Bonsu on Friday, March 12, 2021.

The workshop, under the theme, ‘Economic Revitalization to completion, consultation and continuity, is to aimed at increasing Members’ knowledge on the policy underpinnings of the 2021 budget.

Despite warning the government about the possibility of increasing labour strikes in 2021, Hon. Iddrisu urged Members to be encouraged with the theme of the budget since it sits well in the context of Article 35(7) of the 1992 Constitution.

“…and it must warm our hearts that there is policy decision to complete outstanding projects. That is how it should be and this includes those outstanding projects initiated by the NDC under His Excellency John Dramani Mahama if we are to give true meaning to Article 35(7) of the 1992 Constitution”, he noted.