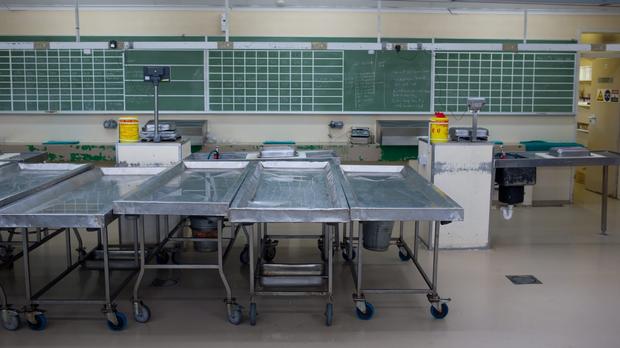 The governing New Patriotic Party (NPP) says the promise by the flag bearer of the opposition National Democratic Congress (NDC), John Dramani Mahama, to build more mortuaries for the Zongo communities should they vote for them in the 2020 general elections is contemptible.

According to the NPP, such a decision by the former President of the land and the NDC is very ridiculous and insulting to the Zongo community.

“The attention of the Nasara wing of the New Patriotic Party was drawn to online publications carried by various Media houses with the headline “2020 Elections, Mahama promises more Mortuaries for Zongo Communities”. Also, there is a short video that captured former president John Dramani Mahama granting an interview on Woezor TV which seeks to justify the promise of building more mortuaries in Zongo Communities. We find this promise very absurd and an insult to the people of Zongo across the country”, said the National Nasara Coordinator, Abdul-Aziz Haruna Futa, in a statement issued in Accra on Tuesday, September 22, 2020.

Assalamu alaykum. The attention of the Nasara wing of the New Patriotic Party was drawn to online publications carried by various Media houses with the headline “2020 Elections, Mahama promises more Mortuaries for Zongo Communities”.

Also, there is a short video that captured former president John Dramani Mahama granting an interview on Woezor TV which seeks to justify the promise of building more mortuaries in Zongo Communities. We find this promise very absurd and an insult to the people of Zongo across the country.

It is a fact that the NDC has never made any Manifesto promise to the people of Zongo aside the repeated lies that the NPP will deport them when they win political power. The Presidency of Nana Addo Dankwa Akuffo-Addo rather gave more recognition and attention to the numerous challenges affecting the Zongo Communities.

According to Islamic traditions, the moment someone dies whether in the hospital or home. Steps are hurriedly initiated to prepare the body for burial which includes grave digging and bathing the corpse known as Janaza. Muslims do not preserve their dead bodies to be buried at a later date.

So, what is the essence of building mortuaries in Zongos? This clearly shows that the much-touted people’s manifesto is nothing but a ruse meant to deceive the people of Zongo. This manifesto contains ideas that are archaic and doesn’t address the immediate concerns of Muslims.

The various Zongo communities are densely populated, hence finding a plot of land for any developmental project is a very serious challenge. There is tremendous pressure on the already existing schools, hospitals, roads, water, electricity etc.

The NDC ignored all these human-centered life-threatening challenges and rather prefers to build more mortuaries for the safekeeping of dead bodies in our Muslim communities.

The NDC has proven to be empty when it comes to preferring alternative innovative solutions in tackling the challenges of Muslims in the country.

The NDC is promising to legalize the Okada Business which is a risky and life-losing venture because many Muslims are involved in that trade.

Interestingly, when the Zongo youths lose their lives in the Okada business, their bodies will be preserved in the John Mahama mortuaries. Such callousness and insensitive policies of the NDC targeted at our Zongos.

This again proves that the Zongo Youth must know that, they are just seen as a vote basket for the NDC and not partners in the development agenda of this country. So instead of consulting and engaging the Zongo people, they deliberated among themselves and came up with this very degrading policy initiative.

The NPP having understood the needs and the recurring problems of the Zongos relative to the preparation of dead bodies for burial processes know that preservation is not one of them. It’s a fact that the bureaucracies in getting access to dead bodies in the various hospitals are the challenges associated with burials in Muslim communities and not building mortuaries.

We have promised to ensure the following;

1. Streamline the process and facilitate easy access to Muslim dead bodies in all hospitals across the country.

2. Designate a special place in all Mortuaries for the bathing and preparation of Muslim dead bodies for burial processes.

This will be done in collaboration with the Ghana Health Service to ensure compliance. The Nana Akufo-Addo led Government focuses on developing the human resources of the Youth in the Zongo Communities through the pro-poor policies such as the Free SHS, NABCO, Planting for Food and Jobs, the over two (2) jobs million created in all sectors of the economy, stabilization of the Ghanaian economy, etc.