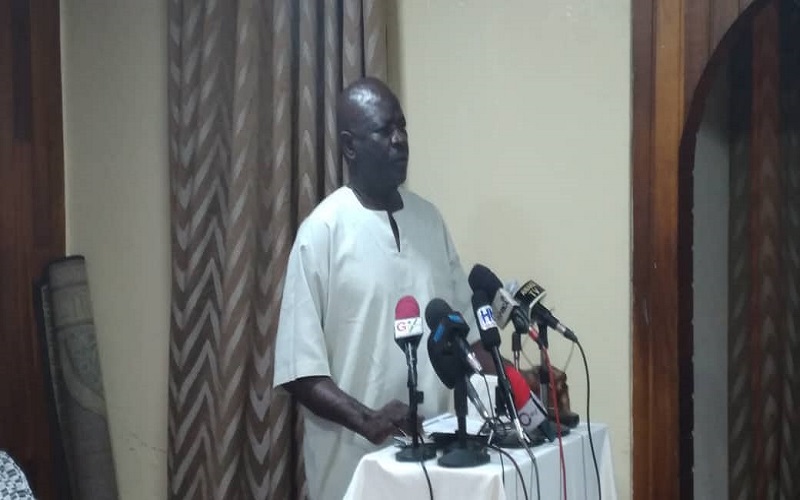 The Ghana Committed Drivers Association (GCDA) has threatened to vote against the National Democratic Congress (NDC) and its flag bearer, John Dramani Mahama, over their promise to legalize Okada operation in Ghana.

In the view of the vociferous transport union, Okada operation is a national health issue and any attempt to legalize it will impede the gains made in road safety since it will disrupt the entire system and cause the country to lose millions of Ghana Cedis that would have been used for other developmental projects.

Addressing a press conference in Accra on Wednesday, September 23, 2020, the Executive Member of the GCDA, Mr. Anane Frimpong, said the declaration to legalize Okada operation by the NDC and John Dramani Mahama to create jobs for the teeming unemployed youth is a populist agenda to woo the votes of thousands of motorcycle riders engaged in such activity for a fee, same activity which was criminalized under the Road Traffic Regulation, 2012 (L.I. 2180).

The Road Traffic Regulation, 2012 (L.1. 2180) was promulgated by the John Dramani Mahama and the NDC in 2012 when they were governing the country.

“We believe that the promise by John Dramani Mahama to legalize Okada operations is not a well thought through policy but just an attempt to woo the votes of unsuspecting motorcycle riders. One key question that comes to mind is what has changed for John Mahama and the NDC to make a sudden u-turn? As at the time the law to ban Okada operation was being promulgated, Okada was ranked 9th on the list of causal agents for road accidents. Today, Okada is ranked second on the list as a causal agent for road accident. So, what actually informed His Excellency John Dramani Mahama and the NDC to make a sudden u-turn? Their move is obviously for political expediency. We believe this is cheap and a populist agenda to woo Okada riders to vote them and this must not be countenanced. It should be rejected by all Ghanaians”, he noted.

Okada is a business of using motorcycle for passenger transport at a fee or commercial purpose just like a taxi cab will do. It is a very risky business.

Following reckless riding and putting the lives of their passengers at risk coupled with their disregard for traffic regulations and signals on the road, the Road Traffic Regulation, 2012, (L. I. 2180) was promulgated by then President John Mahama in 2012, criminalizing Okada operations to safeguard the lives of the riders, passengers and pedestrians.

Regulation 84 of L.I. 2180 also makes compulsory for the wearing of protective clothing in respect of motorcycles.

84(1) states that “A person shall not ride or be a pillion rider on a motorcycle, motor tricycle or quadruple-cycle, or in a side car attached to a motorcycle, unless that person wears reflective clothing and a protective helmet that;

84(1) (a) is specially designed for use in connection with the cycle, and;

84(1) (b) fits properly with the chin strap properly fastened under the chin.

84(2) also states that “A person who contravenes sub-regulation (1), (2), or (3) commits an offence and is liable on summary conviction to a fine of not more than twenty-five penalty units or to a term of imprisonment of not more than thirty days or both”.

Ever since the passage of the law, enforcement has been very weak, allowing Okada riders to freely operate but occasionally, come under arrest by law enforcement agencies, especially, the Police.

Fatalities recorded on the road in connection with Okada operation do not support the argument of such a business. The Ministry of Transport in 2018 found that the proportion of motorcycle fatalities had increased from 2.7% in 2001 to 21% despite the massive investments made in road safety by successive governments. The National Road Safety Authority estimates that the chance of dying from a motorcycle crash is 10 times higher than a car crash.

In 2014, figures released by the National Road Safety Authority revealed that 2,571 people were knocked down by motorcycle out of which 1,865 lost their lives.

This, together with other alarming figures, compelled the Ghana Medical Association (GMA) to call for the ban on Okada operation when they were reporting high accidents and fatalities at various hospitals. In the view of the GMA, a total ban on Okada operations will save lives since a lot of motorcycle accident victims were dying, losing their legs and arms, brains, wealth and social life.

Okada operation, according to Mr. Frimpong, who was flanked on his left by the Association’s Chairman, Charles Danso, and on his right by another Executive Member, Mr. S. K. Manu, is a national health issue, and must not be encouraged, cautioning the NDC and Mr. John Mahama to end their ploy of continuously playing on the minds of the vulnerable in society to win votes.

He stressed that the youth deserve better and that is why they are urging political parties, especially, the NPP and the NDC to look for better ways of creating employment avenues for the teeming unemployed youth rather than this cruel means of engaging them.

“We want successive governments to create a business-friendly environment that will encourage the setting up of more companies, focus more on investing in agriculture, expand our road networks and also fix our rail lines. The reviving of our rail network across the country will create thousands of jobs and also open up local economies. This is where we want successive governments to spend our taxpayers money on not to legalize Okada which will end up creating problems for us”, he noted.