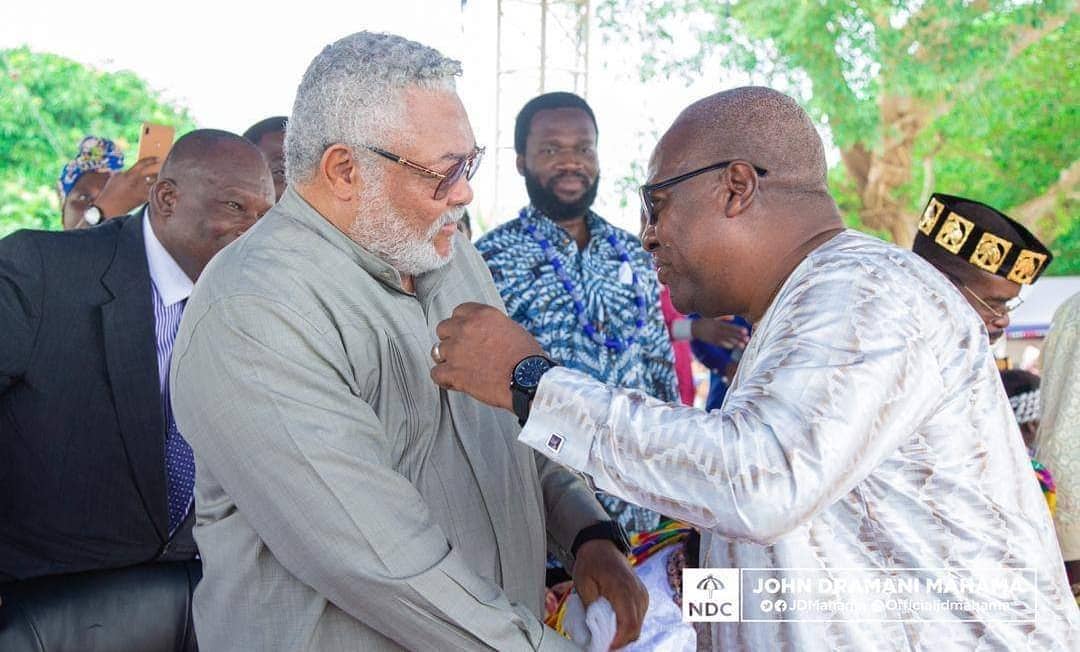 The Presidential candidate of the National Democratic Congress (NDC), John Dramani Mahama has suspended his six days campaign tour to the Ashanti Region.

The suspension of the campaign tour is with immediate effect.

Mr. Rawlings is reported to have died on Thursday morning at the Korle Bu Teaching Hospital (KBTH) in Accra.

Sources say he had been on admission at the Korle Bu Teaching Hospital for about a week. The cause of his sickness is immediately not known.

Graphic.com.gh reports that the Founder of the National Democratic Congress (NDC) felt sick after his mother’s burial about three weeks ago.