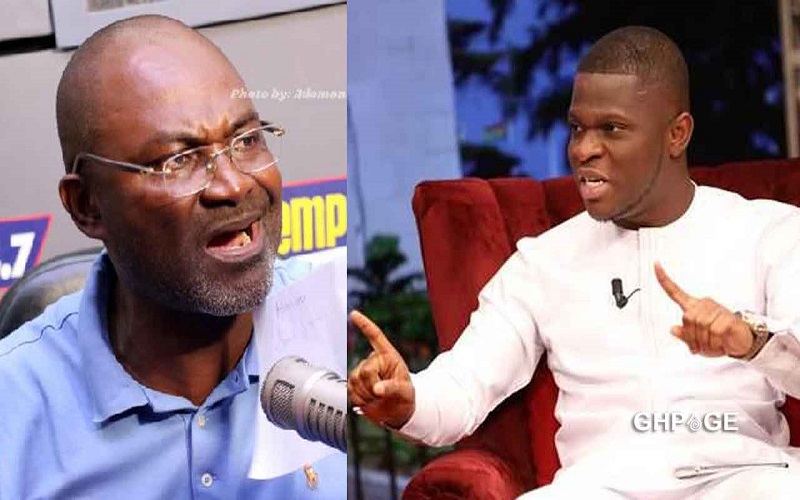 Gyamfi in a letter addressed to the Director General, CID, through his lawyer, Beatrice Annangfio, said the Assin Central lawmaker made known his intentions when he appeared on Accra based Asempa FM’s flagship programme, Ekosii sen, on Monday, August 4, 2020.

According to him, although the NPP MP made his intentions known to him on the said radio station, he has intelligence that the lawmaker has made a step further to contact thugs to execute his agenda.

“Since making the said criminal threats on Asempa FM, our client has come by credible intelligence that show that indeed, Kennedy Agyapong has contracted some thugs to carry out the threats he issued on our client’s life”, the complaint letter in part read.

It added “having regard to recent and the notorious fact that, a prominent investigative journalist by name Ahmed Suale was shot and murdered in cold blood by some unknown criminals following similar threats made on his life by the same Mr. Kennedy Agyapong, our client, as a law abiding citizen, feels compelled to formally write to you and lodge a complaint against the said Mr. Kennedy Agyapong, so as to avert a possible repeat of what happened to the late Ahmed Suale when his life was threatened by Mr. Kennedy Agyapong on that very “Ekosii sen” platform and other media platforms”.

Gyamfi based on his intelligence gathered, has therefore requested the CID to cause investigations into the threat of harm and or death on his life by Kennedy Agyapong, an act he said constitute serious offense under the Criminal Offenses Act of Ghana, 1960 (Act 29).